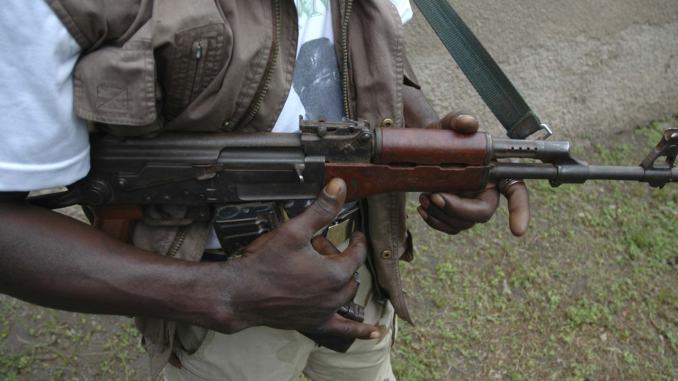 Gunmen suspected to be Fulani herdsmen on Wednesday invaded Mgbuji community in Eha-Amufu, Isi-Uzo Local Government Area of Enugu State and killed eight people, injured others and kidnapped many, while farmlands were also destroyed.

There was palpable tension in the community that casualties may rise in coming days due to the level of injuries sustained by some of the villagers who were caught in the attacks.

A villager, Chinaza Akan, who witnessed the incident said one of the casualties was a pregnant woman whose stomach was said to have been ripped open and the foetus removed, while others were people who went for a marriage event.

Some villagers told reporters that the armed herdsmen invaded the community, on Sunday afternoon, through the border with Benue community and attacked several farm settlers and other unlucky people caught in the farm.

Bishop of Anglican Diocese of Eha-Amufu, Rt. Rev Daniel Nkemjika Olinya, who confirmed the development to reporters, painted a horrible and gory picture of the inhumane actions of the herdsmen.

He registered his concerns that herdsmen attacks in farm settlements in the affected Mgbuji community and its neighbours have been on the rise and the government has not done enough to end the attacks.

Bishop Olinya further confirmed that the police came on Monday, 24 hours after the attacks, with the intention of taking away the corpses, but the community members resisted them because they have not released other corpses in their custody for burial.

The community members alleged that the police asked them to sign an undertaking before they could release the corpses to the family members for burial.

But the undertaking, as gathered, was not favourable to the community, hence, they withheld their signature.

He said that part of the undertaking was that they would allocate land to the Fulani people, accept and live together with them whenever they return to the community, and that was unacceptable to the community members. So, the corpses are still with the police.

He called on the Enugu government to take action on the armed herdsmen.