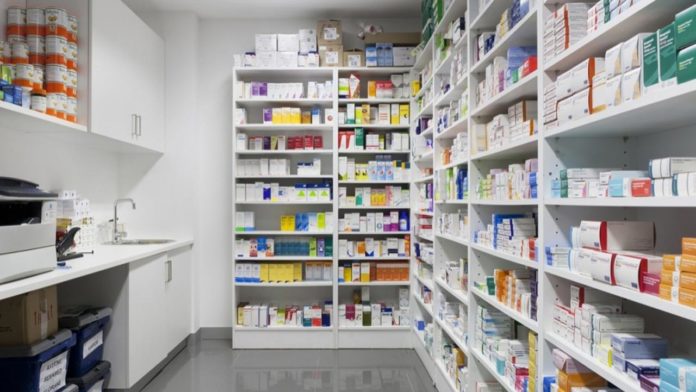 The Pharmacists Council of Nigeria (PCN) said it has sealed 301 medicine shops in Abia State in the past week.

The Register of PCN, Dr. Elijah Mohammed who made this disclosure while briefing journalists in Umuahia, stated that the sealing of the premises as a result of a collaborative enforcement exercise carried out with officers of the Department of State Service (DSS) in Umuahia.

Represented by the director of enforcement, Stephen Esumobi, Mohammed said the PCN enforcement team visited 394 premises made up of 44 pharmacies and 350 patent medicine shops.

He said out of the premises visited, 14 pharmacies and 287 patent medicine shops were found to have committed offenses ranging from operating without registration with PCN, poor documentation, poor storage conditions to unauthorised sale of substances of abuse. One outlet was issued compliance directive.

‘Most of the sealed premises don’t have appropriate storage facilities, thus exposing medicines to adverse environmental factors that degrade and make them unsuitable for human consumption.

The PCN registrar informed that the enforcement exercise was one of the objectives of the new National Drug Distribution Guidelines to ensure that medicines remain safe, effective, and of good quality as they transit from one level of the distribution chain to another.

Mohammed further revealed that before the commencement of the current enforcement exercise which is nationwide, the PCN held meetings with concerned stakeholders at various levels to sensitise them on the need to comply with regulations.

The PCN, he said, will take the exercise to other parts of the state in the coming week.