Anambra Guber: We Must Purge APGA Of Bad Eggs – Njoku 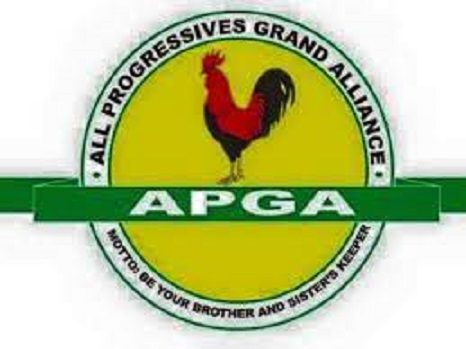 The Factional National Chairman of All Progressives Grand Alliance (APGA), Chief Edozie Njoku, has asserted that the party must purge itself of ‘bad eggs and hypocrites’ if it was going to win the November elections in Anambra.

According to him, the bad eggs lacked the commitment required to ensure that APGA retained its progressive ideals and not flounder in the November 6, governorship election in Anambra.

Njoku, who spoke on Wednesday at a briefing in Abuja, said some leaders of the party were after ‘private intentions masked in dubious public conduct.’

According to Njoku, members of APGA should deploy all forms of statesmanship and patriotism with a view to ensuring victory for the party in the Anambra governorship election.

He equally bemoaned what he called the labyrinth of legal fireworks which has taken a heavy toll on the party both in material and psychological terms for nearly three years.

He said the party would only make progress if it marches to victory ‘steadily and in great stability.’

His words, ‘For whatever it is worth, therefore, however, our determination, resolve and commitment to ensuring that APGA retains its original progressive ideals and does not flounder remains irrevocable.

‘It was in this wise that on Thursday, July 1, 2021, we received the Federal High Court, Awka ruling by Justice H. A. Nganjiwa, with a great sense of relief.

‘The court graciously granted favourable orders in favour of APGA under the leadership of Chief Edozie Njoku. The orders are as follows:

‘An order for INEC to accept the nomination of any candidate that emerged from the Anambra Governorship Primary conducted on June 29, 2021 by the leadership of Chief Edozie Njoku.

‘An order mandating INEC to recognize Chief Edozie Njoku as the authentic National Chairman of APGA’.