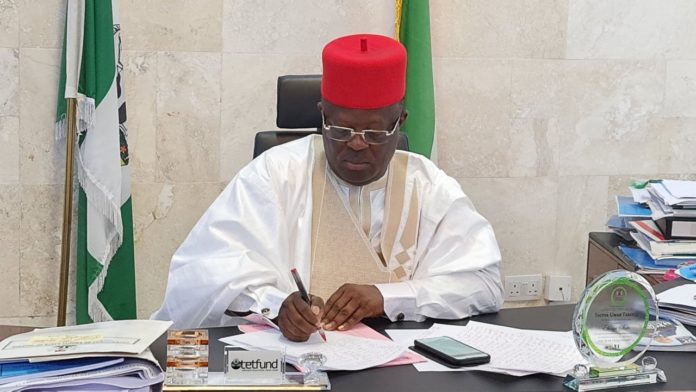 The directive was contained in a statement signed by the Secretary to the State Government, Dr. Kenneth Ugbala, and made available to The Eastern Updates yesterday.

Ugbala, in the statement, said that the suspension took effect from July 1, as Mr. Emmanuel Arua had been appointed the state’s Acting Auditor-General.

‘A four-man committee has been set up to reposition the state Auditor-General’s office and audit all accounts and manpower of the government.

‘All concerned are thereby directed to strictly comply with this directive,’ the statement said.