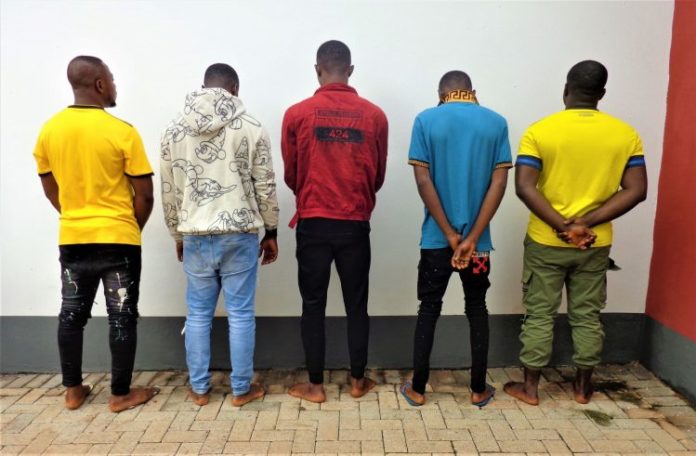 The Eastern Updates gathered that they were arrested in a sting operation at the Sunrise Estate Emene, Enugu following credible intelligence on their alleged criminal activities.

A statement issued by EFCC‘s spokesman, Wilson Uwujaren, explained that the suspects allegedly specialized in defrauding unsuspecting members of the public including foreigners through the internet.

Read Also: Orji Kalu Will Be Prosecuted All Over Again, EFCC Confirms

The EFCC said the suspects would be charged to court as soon as investigations were concluded.