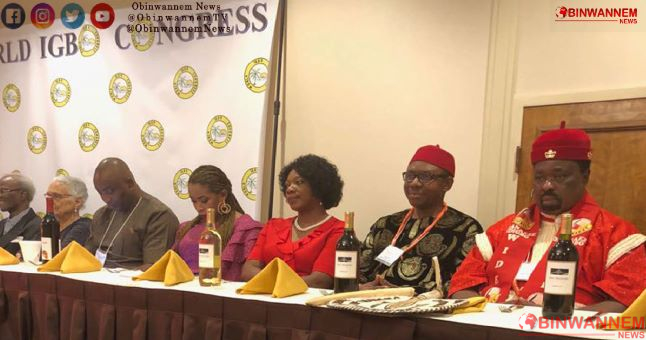 The World Igbo Congress, WIC, has called on the Governors of South-East extraction to immediately facilitate a cessation of the shoot-at-sight order in the southeastern states.

The group also urged the leaders to ensure that there is the immediate withdrawal of federal government troops from the southeastern states and as well stop the killing of unarmed youths and send the federal troops away from the region to give peace a chance.

In an open letter to the governors of southeastern states which was sighed by The Eastern Updates, the WIC lamented that they have continued to witness the carefully planned and unfolding ethnic cleansing taking place in the southeastern states of Nigeria.

The open letter was authored by WIC Board Chairman, Prof Anthony Ejiofor and the Public Relations Officer, Hon. Basil Onwukwe, and copied to President Muhammadu Buhari, the armed forces, Governors of South-East and South-South; the United Nations, the Commonwealth Office, the European Union, and ECOWAS. It was also copied to all foreign embassies in Nigeria, Departments of State in the USA, United Kingdom, France, Germany, Italy, China, Israel, and all Igbo organizations in Nigeria and the Diaspora.

WIC said that the lethargy by the eastern states’ governments gave room for the rise in independent groups attempting to protect their people, which in response some of the governors of the embattled area invited the military to shoot their citizens that they were supposed to protect in their capacities as the chief security officers of their states.

‘Let it be on record that various parts of the country are doing everything within their powers to protect their people but none of them has invited the military to shoot their people, hence there are no shoot-at-sight orders in those areas. This shoot-at-sight order by the Police and the President signals a declaration of war against the beleaguered Igbo. Under this order, uniformed and non-uniformed Unknown Gun Men (UGM) Nigerian soldiers and police have commenced an epic ethnic cleansing and genocide reminiscent of the 1966 -1970 era. This is a wanton spilling of blood against a defenseless people.

‘World Igbo Congress wishes to warn that a second war should never be visited on Igbo people again because they are demanding for a fair deal. As a way of averting this possibility, we call on any governor who has invited the military to Igbo land to request that they be withdrawn; call on the President, General Muhammadu Buhari, to rescind the shoot-at-sight order and return the soldiers to the barracks.

‘Call on the governors of the southeast and Igbo Federal legislators to take the security of their people seriously and reject the framing of the youths to kill them; remind the specific governors that invited the military that they are as guilty as the federal government for the blood of defenseless and innocent Igbo youth being spilled in Igbo land and elsewhere.

‘The President made a perfidious and callous description of Igboland as a mere ‘dot in a circle’ with nowhere to go in an interview with the Arise Television. His analogy is part of the scheme to annihilate the Igbo race which he has already started with his nefarious shoot at sight order. We call for calm among the populace while calling on all to give peace a chance to be restored,” the letter read in a part.