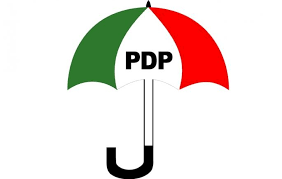 A High Court of the Federal Capital Territory (FCT) has set aside all congresses of the Peoples Democratic Party, PDP, in respect to the upcoming Anambra State governorship election.
In his judgment delivered by Justice Adegbola Adeniyi held that the arbitrary of the state chairmen, Executive Council members of the party as well as local government chairmen and delegates members was unlawful, illegal, thanks and void.
Read Also: I’ve Not Resigned As Imo Deputy Govornor – Prof. Njoku
The suit marked HC/CV/774/2021 was filed by Samuel Anyakorah, for himself and on behalf of local government chairmen and others who emerged from the state PDP congresses conducted on November 2017 also restrained the party from further dealing with the sacked Executives of the party in the state.
The Eastern Updates gathered that the plaintiff, apart from the PDP also joined Chief Ndubuisi Nwobu and Barrister Uchenna Obiora as defendants.