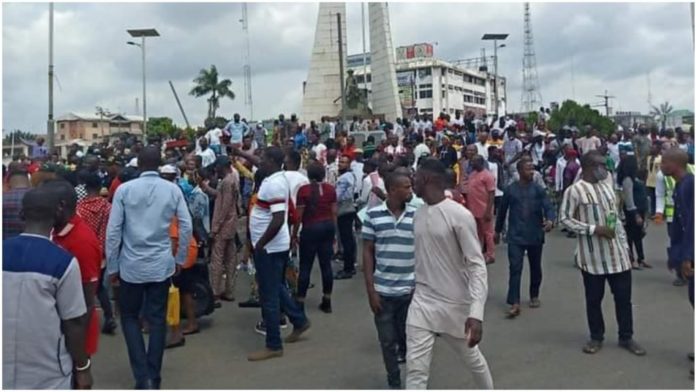 Hundreds of Imo residents, under the aegis of Coalition of Imo Youths, marched in Owerri, the capital, on Friday over the spate of insecurity in the state.

They demanded adequate protection of their lives and property as well as an end to the murders and destruction.

In his address, Governor Hope Uzodinma thanked the protesters for their public show of concern.

‘In my manifesto, the pillars that will make my administration strong are largely dependent on the youths’.

‘In the days coming, we are going to empower trained youths. Government is determined to tackle employment and improve the living standard of the people’, he assured.

Uzodimma promised to study and act on the document presented to him by the leaders of the protesters.

Imo and other South-East States have been under attacks by gunmen targeting government personnel and facilities.

But they have been accused of perpetrating atrocities against security operatives and civilians. IPOB has strongly denied the allegations.