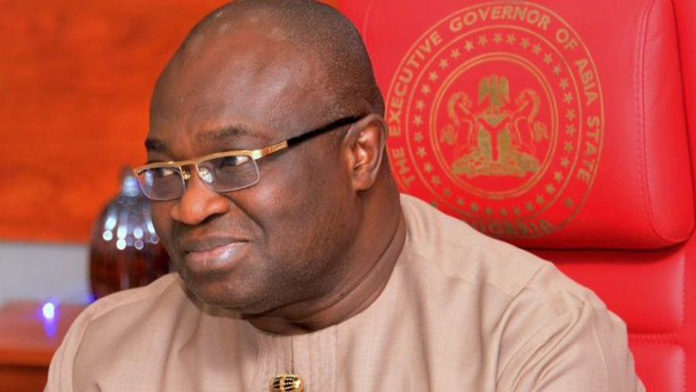 The Peoples Democratic Party (PDP) in Abia State has urged the All Progressive Congress (APC) to stop chasing shadows and hide its face in shame for causing pain and agony to Nigerians.

The party maintained that the APC lacked moral justification to query Governor Okezie Ikpeazu for non-composition of the full State Executive Council, warning it to desist from casting aspersions on the leadership styles of the PDP but rather apologize to the citizens for misleading them with their inhuman and draconian policies that has given rise to terrorism, banditry, killer herdsmen menace, kidnapping and unknown gunmen attacks in every nooks and crannies of Nigeria.

The PDP Leadership spoke in a statement made available to DAILY POST on Monday by its State Secretary, Barrister David Iro, in reaction to the recent outburst of the opposition party in the State against Governor Ikpeazu, querying the delay by the latter to constitute cabinets for effective governance.

The Eastern Updates gathered that the APC, in a release issued to newsmen in Umuahia, the state capital, berated Ikpeazu and accused him of ruling the State as a hamlet.

Continuing, the PDP described the Governor as cerebral and unique, adding that his legacies are second to none in the history of modern democracy in Abia State.

According to the Party, ‘The evidence of good governance and inclusiveness, speak volume in his administration.

‘APC should be courageous enough to condemn the spate of killings and insecurity in the nation.

‘They should urge the federal government and its agencies to enforce the ban on open grazing instead of being indifferent on issues of public importance,’ PDP added.

The PDP further stated that frustration has beclouded the sense of patriotism of the state chapter of APC, as it had failed to acknowledge the existence of Abia State Executive Council with the composition of the Commissioners for Justice, Information, Health, and the Secretary to the State Government, who are members of the State Executive Council.