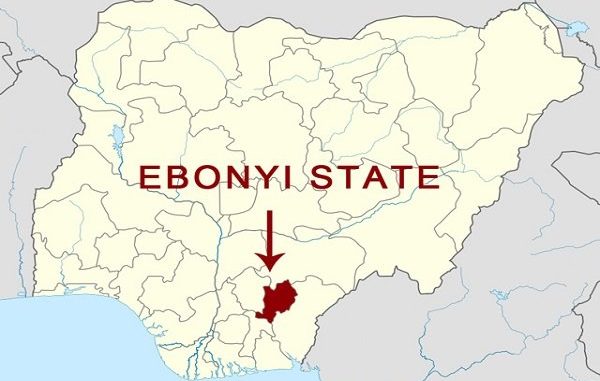 An alleged suicide bomber has met his waterloo when his body strapped bomb detonated and killed him on the spot. The incident took place in the Afikpo North Local Government Area of Ebonyi State.

The unfortunate bomber who was on a suicide mission to the Eke Ukwu market situated in Afikpo was unfortunate enough to have detonated the bomb when he reached a Primary school at Anaizu Amangbala which is just located a few metres from his intended terror point.

Read Also: Ignore Rumours That Fulanis Are In Imo To Kill – Uzodinma

Reports have it that this was supposed to be a retaliatory attack by the Fulani Herdsmen in the area who are bearing grudges with the indigenes of the community because of the ban and embargo on beef products and cow rearing in the area.

The body was immediately evacuated by security agencies who arrived in an armoured tanker and whisked the body away to an unknown location.