Anxiety Over Alleged Military Bombardment Of ESN Camps In Imo 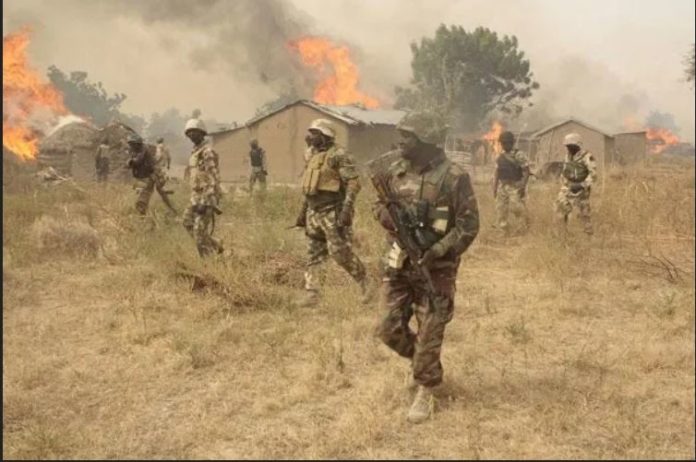 Palpable fear has gripped communities in Ihitte Uboma and Obowu local government areas of Imo State, over the alleged airstrikes launched on perceived camps of the Eastern Security Network (ESN) of the Indigenous People of Biafra (IPOB) on Friday.

According to a source from one of the communities, the military bombardments, which were said to be going on simultaneously in Amuzi in Obowu council, and Odenkwume in Ihite Uboma, have forced the natives to desert their homes.

‘There is an ongoing military airstrike in Odenkwume, Amuzi, and their neighbouring communities.

‘They have continued to attack the communities in search of gunmen suspected to be ESN group, thereby putting the people of the area in fear.

‘Just few minutes ago, I got a call from my brother and other family members to inform me of what was going on in my community’ he narrated