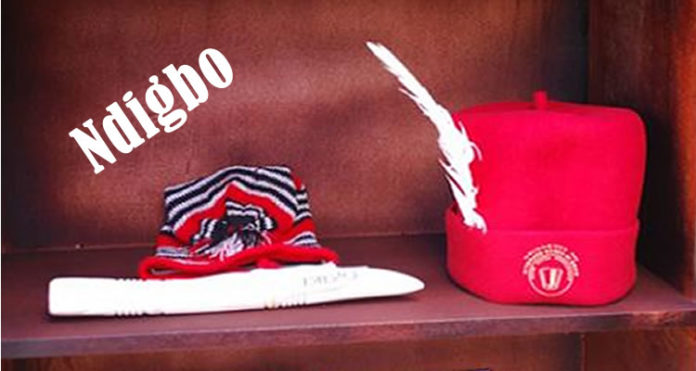 Izu-Umunna Cultural Association of Nigeria (IUCA), a Pan-Igbo Think-Tank, affiliated to Ohanaeze Ndigbo, has dismissed the claim that the unity of Nigeria was not negotiable, stating that the country’s unity was negotiable.

The group noted that this thought was strengthened and fortified by the resolutions of the Southern governors in their recent meeting.

Commending the governors on their position, the group however, argued that it would depend on what the different ethnic nationalities that constitute the country were prepared to bring to the negotiating table.

In a statement signed by the association’s president, Dr. Ugo Pat Ihekum and Secretary, Chief Tony Egwuonwu, the group joined other Nigerians to thank the governors for their efforts as they look forward to urgent convocation of a national conference as they expressly requested from the federal government.

The statement reads: ‘The affirmation of Your Excellencies to the commitment of the people of Southern Nigeria to the unity of the country on the basis of justice, fairness, equity, oneness and peaceful co-existence between and among its people is an eloquent testament to your unalloyed loyalty and strong belief to the continuous existence of the Federal Republic of Nigeria.’
The IUCA described the governors’ meeting in Asaba, Delta State, as epic, commending them for the bold decisions taken.

According to the statement, ‘While we hope and believe that you will work towards actualising those bold decisions, we affirm that if those issues that make up your communiqué are favourably looked into by the federal government, it would go a long way in reducing the scourge of insecurity ravaging the country.’

Noting that the governors’ 12-point communiqué released at the end of their meeting which called for restructuring of the country, the evolution of state police, the review of revenue allocation, the ban of open grazing of cattle across Southern Nigeria among other well-meaning decisions point to a fresh ray of hope for the suffering Nigerians.

The statement noted with curiosity that while the governors were meeting at Asaba to expand the frontiers of unity of the country,

‘the federal government were having a National Security Council meeting at Abuja to take some far-reaching decisions that focus on security of the South-east and South-south regions, without a representative from the South-east, a throwback to the lack of inclusiveness which is at the centre of the restiveness of the youths from Southern Nigeria.’ It concluded.