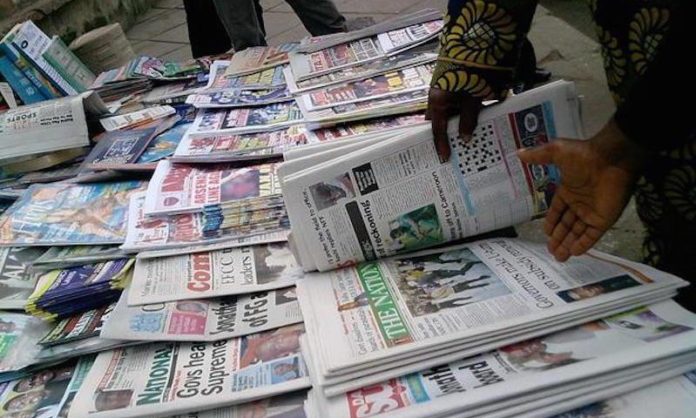 Operatives of the Intelligence Response Team (IRT) of the Inspector General of Police have arrested at least seven newspaper vendors and distribution agents in Imo State over sales and distribution of newspapers suspected to have ‘IPOB‘ related content.

According to one of the vendors, who escaped arrest, the police operatives besieged 5, Rotibi Street, on Douglas Road, Owerri, yesterday while the circulation of newspapers was ongoing.

The source revealed the police operatives accused the vendors of circulating newspaper publications that had stories on the proscribed Indigenous People of Biafra (IPOB).

Read Also: Shoot-At-Sight Order, A call For Another Pogrom – Ohanaeze

The vendor said: ‘As we were circulating our newspapers for the Monday edition, policemen putting on jackets that had IRT inscription swooped on us and started arresting us.

‘They took away newspapers that had IPOB stories and the ones they said were against the government.’

Names of some of the vendors and distribution agents that were arrested include Nnamso Okoro, Nelson Enyiama, Blessing Isinwa, Onyebuchi Iwundu, and Michael.

The Eastern Updates understands that New Telegraph newspaper state circulation manager, Chuks Ugwuibe, is still being held in an undisclosed security facility after he was arrested in Orlu last Tuesday by security operatives.