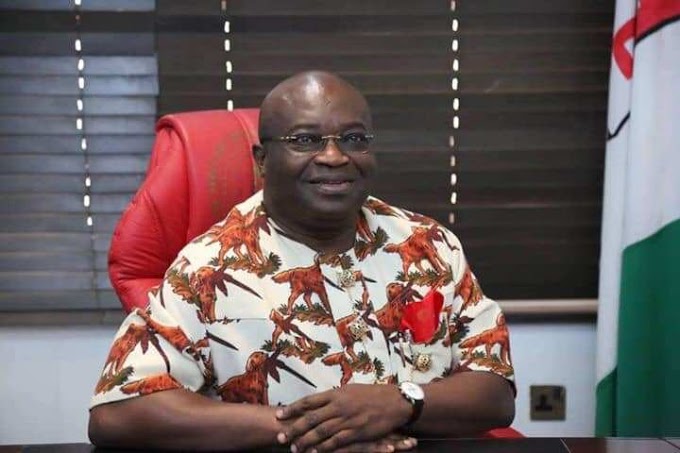 Governor of Abia State, Okezie Ikpeazu, has congratulated five 2021 NYSC Presidential Awardees who are graduates of Abia State University, Uturu, for making the university and the state proud.

Ikpeazu made the commendation while receiving the management team of the university led by the Vice-Chancellor, Professor Onyemachi Ogbulu, who was in Umuahia to formally present the 2021 NYSC Presidential awardees to him.

He commended ABSU for its commitment to producing the best and expressed joy that five graduates of the university were among the 101 awardees.

The governor represented by the Secretary to the State Government, Chris Ezem, added that such feat could only be attained in an environment that promotes excellence and urged the institution to sustain the feat.

Ikpeazu who announced cash awards to the five graduates maintained that the state is doing well academically, and commended the awardees for embarking on impactful and life-saving projects, which earned them the awards.