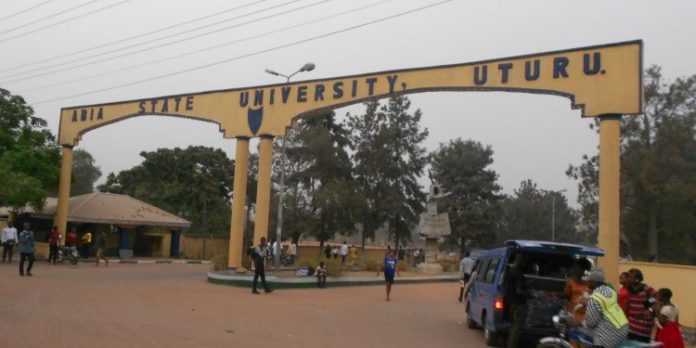 Abductors of the student of Abia State University, Uturu have contacted the parents of their victim and demanded ransom.
The Vice-Chancellor of the institution, Prof Onyemachi Ogbulu stated  while addressing journalists in Umuahia yesterday.
Gunmen on Wednesday evening abducted some students of ABSU moving from Uturu to Okigwe with other passengers.
Two of the students were said to have managed to escape from their abductors.
Read Also: Ikpeazu Reacts To The Abduction Of Abia Varsity Students
Addressing journalists in Umuahia, Prof Ogbulu said contrary to speculations that scores of students of the institution were abducted, it was only one student that was kidnapped as the two other students escaped.
He said the abductors had contacted the parents of their victim and demanded for ransom, but refused to disclose the amount they demanded.
The Vice-Chancellor said the University, working in consonance with Abia and Imo states Governments would ensure the immediate and unconditional release of the student and others abducted alongside him.
While assuring that the University is safe, Prof Ogbulu said security in and around the institution has been beefed up to forestall future occurrences of the incident.
He commended Gov Okezie Ikpeazu for the government’s prompt response in addressing the challenge and warned criminal elements to keep away from the University as security has been put on red alert to ensure the protection of lives and property of innocent citizens.