HomeFeaturesMbaka Must Be Defended Regardless Of His Faults - Kanu
Features

Mbaka Must Be Defended Regardless Of His Faults – Kanu 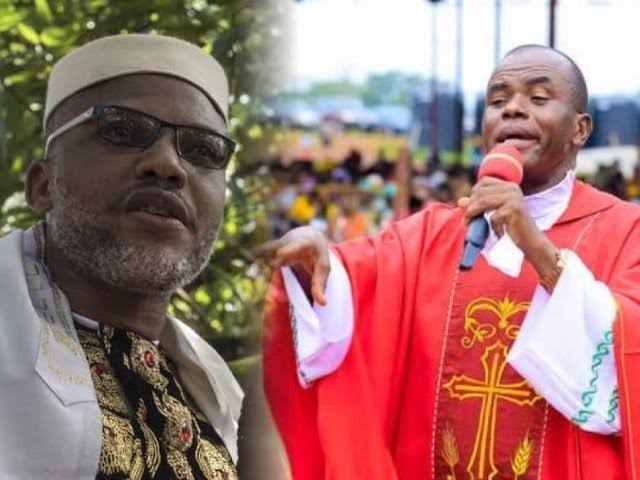 The leader of the Indigenous People Of Biafra (IPOB), Mazi Nnamdi Kanu, has declared that the founder of the Adoration Ministry Enugu, Rev. Father Ejike Mbaka must be defended regardless of his perceived faults.

The Eastern Updates recalls that Mbaka had last week called for President Buhari’s resignation or impeachment over his handling of the security challenges in the country.

But the presidency yesterday stated that the priest was angry over President Buhari’s failure to give him a contract after he had made the request.

Reacting, Nnamdi Kanu said Don’t allow the trusted character assassination antics of the Janjaweed Caliphate cause you to hate your own.

‘After we subdue the Caliphate we can then come home and allocate blame in-house. Never join outsiders to destroy your own.’