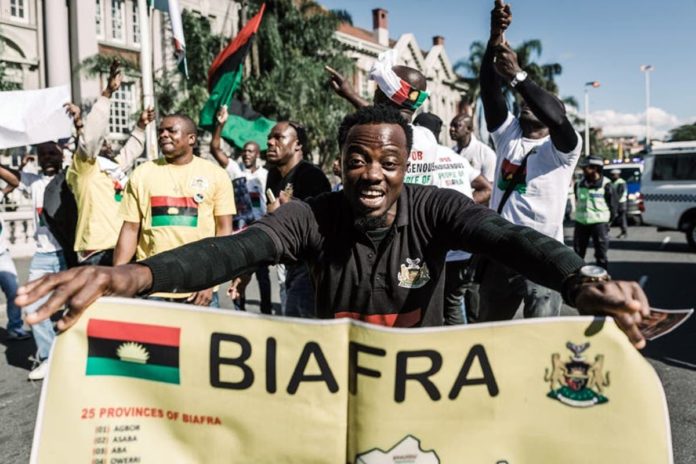 A Coalition of Northern Groups (CNG) has warned the international community, especially the British government to stop protecting the leader of proscribed Indigenous People of Biafra (IPOB), Nnamdi Kanu.

The Eastern Updates reports that there have been several attacks on security agents across the South East and South South of the country.

IPOB has been blamed for the attacks.

In a statement made available to newsmen in Abuja on Tuesday by the spokesman of CNG, Abdul-Azeez Suleiman, the Northern coalition said the United Kingdom has continued to accommodate the IPOB leader despite his atrocities.

‘Since Nigeria remains committed to peace and global order, yet, our friends in the international community, particularly the United Kingdom continue to give safe haven to the very IPOB leader Nnamdi Kanu, who again and again has called for war and genocide and his propaganda, campaign and directives instigating many of his followers to target and kill people and to loot their properties and violate their dignity and rights, the CNG hereby resolves to:

‘Call on our friends and the international community, the UK especially, to understand that our bilateral friendship is guided by the principles of sovereignty, promotion of peace and the standards that guides legitimate interference. Hence, their intervention, exclamations and actions should not be drawn to discountenance the effort of the Nigerian state to protect citizens from violence and terror.

‘Warn our friends, particularly in Europe and the entire international community/ organisations to weigh the impact and consequence of these campaigns coming from their backyard.

‘We finally wish to renew our request for the global community’s intervention in persuading Nigerian authorities and the United Nations to facilitate the final actualization of the Biafran dream by the Igbo.

‘The world should keep in mind that by far, a destabilized Nigeria will certainly threaten the peace and security of the entire sub-Saharan Africa,’ the statement read.