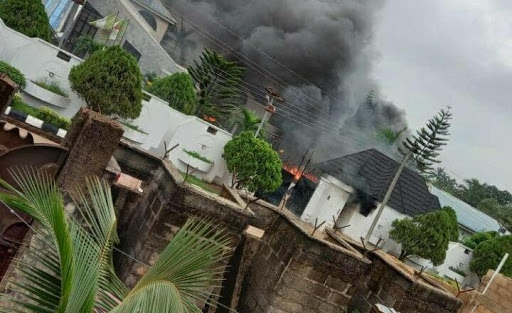 It was gathered that the heightened tension in the area occasioned by the indiscriminate arrest of youth by security agents in the aftermath of the attack.

Residents of Omuma, Umuokwe, Awomama, and neighbouring Orlu town are reportedly said to be on alert as soldiers comb the neighbourhoods apparently in search of members of the Indigenous Peoples of Biafra (IPOB).

A resident, who spoke to our correspondent on the condition of anonymity, said that the whole town now live in fear.

He said, “We now live in fear because security men are arresting people indiscriminately.

‘The youths are leaving their homes in droves because they’re targets of these indiscriminate arrests.’

Our correspondent discovered that even on the streets of Owerri, the state capital, the scenario is being felt as most major streets are closed or turned to only one way.

The popular Okigwe road roundabouts and Warehouse road leading to Orlu and Omuma, through the Owerri-Onitsha road are jam-packed as security men frisk motorists going to Orlu or Onitsha.