HURIWA Calls For Investigation Into Killing Of IPOB Members In Imo 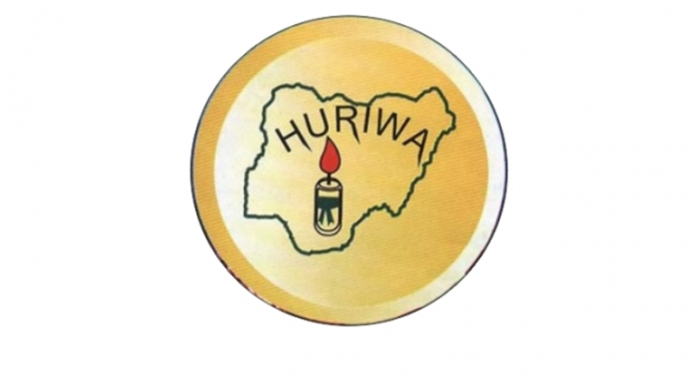 The Human Right Writers Association of Nigeria, HURIWA, has called for investigations into the invasion of Awo-Omama in Oru East Local Government Area of Imo State by security forces which led to the killing of an alleged commander of the proscribed Indigenous People of Biafra (IPOB) and six other armed militias, while several others were arrested.

The Eastern Updates had reported that a joint security operation conducted in Imo State on Saturday killed a suspected militia commander of the IPOB popularly known as ‘Ikonso’ and six other operatives at the headquarters of the group in Awomama village in Oru East Local Government Area of the state.

It was alleged that the commander masterminded several attacks on security personnel in the South East including the recent invasion of Imo correctional centre in Owerri which led to the release of about 1,800 inmates.

Reacting in a statement issued and made available to DAILY POST on Sunday by its national coordinator, Comrade Emmanuel Onwubiko, HURIWA condemned the killing, stating that the attack on Imo correctional center was not properly investigated.

According to HURIWA, the former Inspector General of Police, Adamu Mohammed, rushed to a ‘hasty conclusion on those responsible for the attacks that targeted strategic national security assets in the region’, stressing that without any “forensic investigations, the then Police boss blamed the IPOB amid statement from the group dismissing the IGP’s claim”.

The Rights group also warned President Muhammadu Buhari against, “only using the armed security forces to attack alleged adversaries that share no Ethno-Religious affiliations with the President but has so far failed to direct and ensure that the armed forces confront the armed Fulani herdsmen wreaking havoc all over the country including the recent attacks targeting Tiv farm settlement in Nasarawa State and parts of Benue State in which dozens of citizens were killed’.

HURIWA further said: ‘In-as-much as we do not condone the use of violence by any group of people and we have absolutely condemned the attacks on the security operatives in the South East and South South, we wonder the kind of unorthodox methods that the President Muhammadu Buhari’s administration is adopting in seeking for the truth regarding those dastardly acts of criminality in Owerr’.

‘We have severally called for the creation of an independent Ombudsman that will be charged with investigation of all use of lethal force to ascertain that the armed forces are not using those maximum force arbitrarily and in a way that is unconstitutional’, HURIWA affirms.

‘Our main concern is that the armed forces must not be allowed to turn Imo State into a theatre of war. The issues surrounding the setting up of Eastern Security Network are such that military force is not necessary since the measure is put in place to protect the region from attackers masquerading as armed Fulani herdsmen but there are possibilities that the Eastern Security Network and the Ebubeagu Security Network can be synchronized and be made to work as one for the interest of helping the law enforcement agencies to maintain law and order and to stop the incessant attacks by armed Fulani herdsmen.’

‘If the central government has evidence that ESN is behind the Owerri attacks, why have the suspects not been prosecuted? This scenario of invading Awo-Omama and also the burning down of the private residential property of Governor Hope Uzodinma need to be thoroughly investigated’.