HomeFeatures5 Arrested By Police Over Violence In Enugu Market
Features

5 Arrested By Police Over Violence In Enugu Market 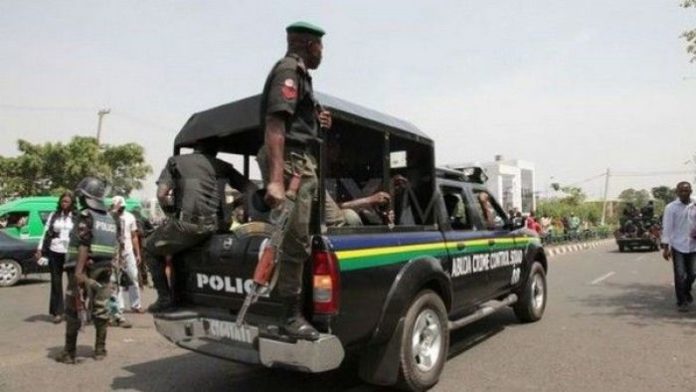 The Commissioner of Police in Enugu State, Mr. Mohammed Aliyu has revealed that the police have arrested five suspects in connection with the recent violent disturbances which was witnessed at New Artisan Market, Enugu.

Also, the commissioner stated that he has directed that an investigation into the incident should immediately commence to ensure that all the miscreants whose acts of violence disrupted human and economic activities at the market are immediately brought to justice.

Spokesman of the police in the state, ASP Daniel Ndukwe, said this in a statement issued yesterday in Enugu.

According to reports, that traders at the market, majority of them of Northern origin, had on Thursday, crippled commercial activities in the market, as they staged a protest against the state government’s plan to relocate them to another area.

The market has been engulfed in a series of crises, occasioned by the government’s quit notice following a court order obtained by a citizen of the state, one Chief Emeka Nnaji whose late father’s own parts of the land is located in the troubled land.

However, the livestock traders are maintaining that they are not vacating the market, basing their argument on the fact that they were duly allocated the place.