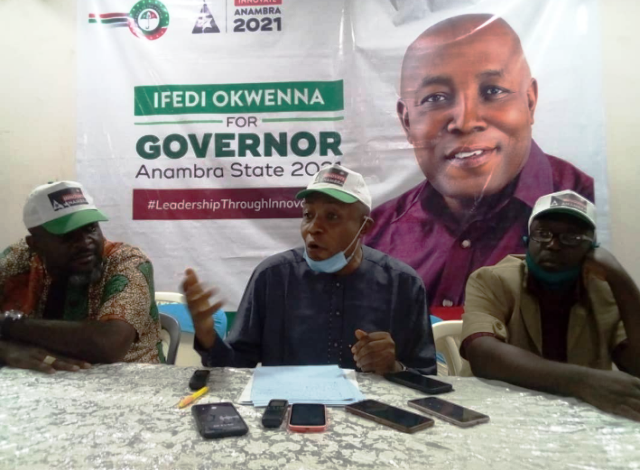 Ahead of this years Guber polls in Anambra, an aspirant under the platform of the Peoples Democratic Party (PDP) Chief Ifedi Okwenna, has warned his party against imposing a candidate for the November 6 gubernatorial contest.

Okwenna explained that the imposition of a candidate would not augur well for the PDP in the forthcoming governorship polls.

He issued this warning on Monday, after obtaining his expression of interest and nomination forms at the PDP National Secretariat, in Abuja.

Mr Okwenna, who was the Commissioner of Environment under former Governor Peter Obi, pledged that if elected, he would give Anambra value for money.

According to him, ‘Under Peter Obi, money was not our problem. You know what? We were transparent, prudent, and accountable. Which I am going to imbibe totally even with some improvement, Anambra money must work for the Anambra.’

Okwenna, while stating that he has 27 innovative plans, which includes building a new capital city, to improve the state, noted that as governor, he would explore the alternative source of funding to execute his programmes.

‘We have ideas for alternative funding sources. Why did Peter Obi leave 75 billion in the account and 150 million US dollars before he left? Because every international organization fund project in Anambra. We will return to that era.

‘Because when we choose accountability and transparency in our dealings, international agencies will come back to Anambra state.

‘I can leverage on Africa Development Bank for my agricultural projects and other funding sources for my ICT projects,’ the aspirant stated.