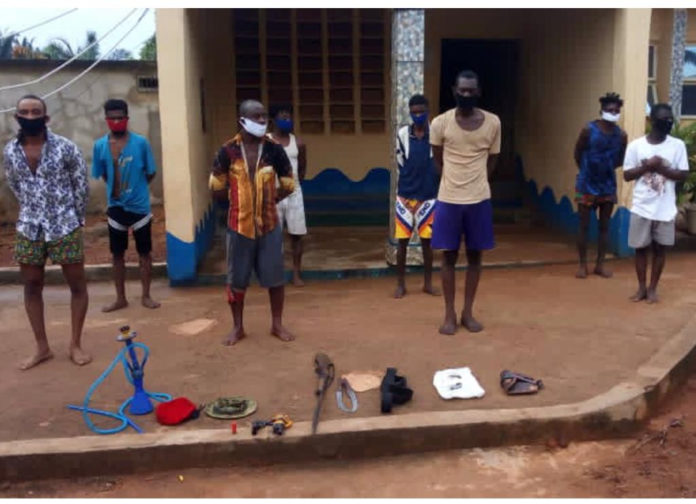 The Anambra State state police command has uncovered the criminal hideout of 8 suspected cultists in the state, following days of clashes among Rival cult groups in Okija, Ihiala local government area of the state.

The arrests were disclosed by the state Police Public Relations Officer, (PPRO) Mr. Ikenga Tochukwu who stated that the command’s operatives, in conjunction with the military and other security agencies in the state, in the late hours of 23rd March 2021, raided a couple of criminal hideouts in Okija and arrested the eight suspects.

There had been tension in Okija in the past five months, leading to the murder of five youths, including one whose head was cut off and taken away by the assailants.

The state Commissioner of Police, Mr. Monday Kuryas, while commending the joint patrol team led by the Police Area Commander, Ihiala for a gallant performance, reassured Anambra people that police would be relentless in taking the battle to the doorstep of criminal elements who were hellbent on fomenting trouble in the state and bring them to book.