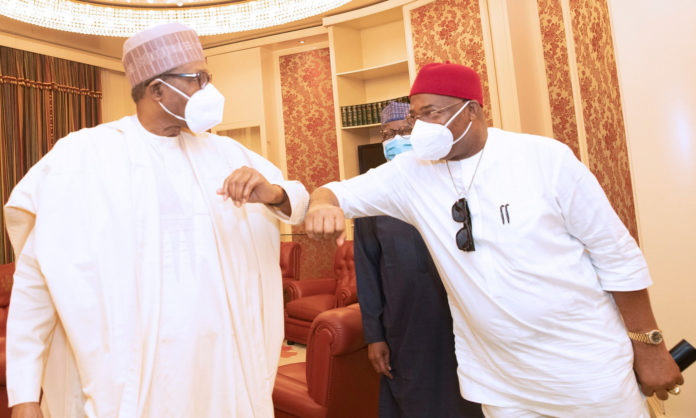 President Muhammadu Buhari, Vice President Yemi Osinbajo, and some governors are among dignitaries billed to storm Imo State this week as Governor Hope Uzodinma celebrates his one-year anniversary in office.

President Buhari is scheduled to commission some key projects executed by the governor on Tuesday, while the anniversary celebration will start today, March 14, 2021, with an Interdenominational Service at Dan Anyiam Stadium, Owerri.

Apart from Buhari and Osinbajo, the leaders of the National Assembly, party chieftains, and prominent Imo citizens are billed to attend the week-long occasion.

In a statement in Owerri, the state Commissioner for information and Strategy, Hon Declan Emelumba, said the governor will make a special broadcast to the people of the state detailing his sectoral achievements in the last one year.