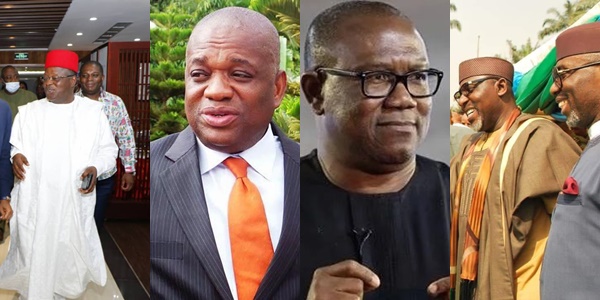 A youth group known as Coalition of Igbo Youths Vanguard has revealed plans to commence an intensive lobbying campaign to ensure the South East region produces the next president in Nigeria in the next elections.

Consequently, it has called on other regions to look beyond sentiments and support the zone, adding that Nigeria should not treat any section of the country as second class people.

National President, Hope Amadi, and National Secretary, Uju Kalu, in a statement, called on prominent Ndigbo, including politicians, businessmen, and women, religious leaders, traditional rulers, and other stakeholders, to close ranks against saboteurs.

They further distanced themselves the activities of Indigenous People of Biafra (IPOB), led by Nnamdi Kanu, and pledged unflinching loyalty and support to an indivisible Nigeria, and called on the Federal Government to deploy maximum force to tame IPOB.

They commended Afenifere Leader, Ayo Adebanjo, for consistently supporting the emergence of a president of Igbo extraction, noting his endorsement was a demonstration of selflessness and unparalleled patriotism.

‘In times of difficulty, where many leaders fail to live up to the billing, we send our appreciation to a pan-Nigerian and chieftain of Yoruba socio-political and cultural group, Adebanjo, for his consistent support for the presidency to shift to the South East in 2023.

‘We note, with the greatest respect, the fact that, apart from making a case for the Igbo to have a feel of the presidency, Adebanjo has never shied away from speaking truth to power, a disposition that has earned him a special place in history.

‘We also commend other well-meaning Nigerians, across the board, who have continued to add their voices of reason to that of our elder statesman, to bequeath a nation founded on equity and justice to the next generation.

‘No doubt, the time for Igbo presidency is now, and to achieve it, all hands must be on deck, especially among Ndigbo – home and in the diaspora.

‘There shall be no room for sabotage of any kind, bearing in mind the stereotypes that have defined us among people from other parts of the country.

‘We cannot achieve this dream alone but need the support of our brothers and sisters from other parts of the country, who are enjoined to allow reason and valued judgment assume a better part of them, rather than sentiments.

‘As a people with a history of unfulfilled agitations, the Igbo must also show cause why we must be trusted with power, against the backdrop of the suffocating violent activities of the proscribed IPOB.’ They stated.