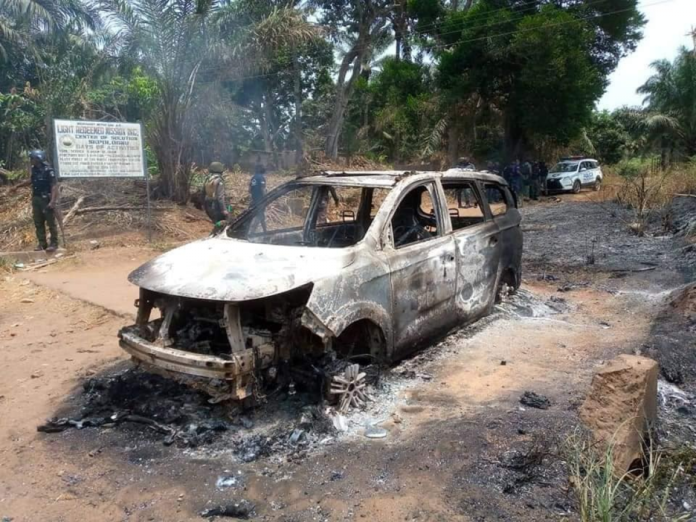 The police command in Anambra has confirmed the gruesome murder of two of its Policemen who were on Wednesday shot dead in separate incidents by yet-to-be-identified gunmen in the State.

The shootings came on the heels of the warning by the new Commissioner of Police in the state, Mr. Monday Kuryas, to criminal elements operating in the state to either repent or relocate from the state.

CSP Haruna Mohammed, the Police Public Relations Officer of the Command in Anambra, who confirmed the incidents, said the police patrol teams were attacked in Mkpologwu and Omogho areas of the state.

Mohammed, who did not disclose the number of personnel involved, said their riffles were carted away by the assailants.

He said that the CP had visited the crime scenes at Mkpologwu, Aguata Local Government Area, and Omogho in Orumba North, where the gunmen attacked the police patrol teams at about 11:30am.

‘The gunmen who drove in a car and a black Mercedes Benz 4Matic SUV, opened fire on the policemen deployed to patrol the two locations.

‘Meanwhile, the CP has ordered for discreet investigation into the circumstances surrounding the incident and bring perpetrators of the dastardly act to book,‘ he said.

The PPRO further stated that the Police Commissioner also conducted an assessment tour of some black spots in the state to be abreast with the pattern of crime in Anambra.