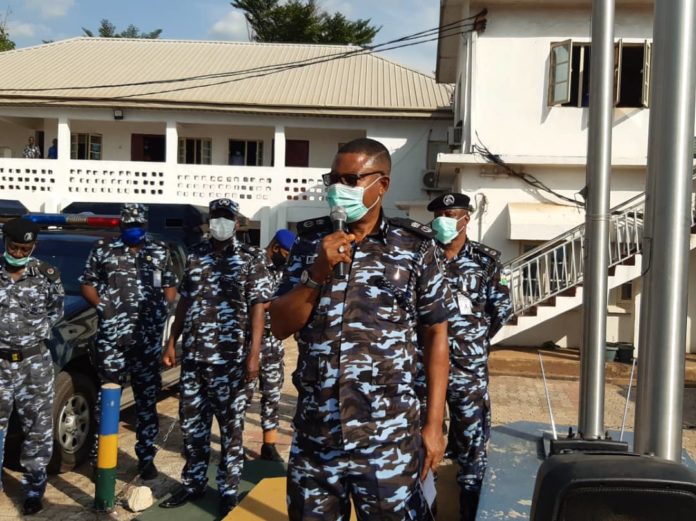 The newly appointed Commissioner of Police in the Anambra State Command, Monday Bala Kuryas, has issued out a warning to all criminals operating in the state, warning them to either repent for good or relocate from the state, adding that the long arm of the law has been fortified to deal with them.

Kuryas, who is the 29th Commissioner of Police to serve in Anambra State, in his first address to the media and officers of the Command at the headquarters in Awka, disclosed that he has been fully briefed after assuming duties a few days ago on the crime situation and security challenges in the state.

He listed those challenges to include the menace of ‘one-chance’ robbery gangs, armed robbery, kidnapping, cultism, illegal revenue collectors and disputes over land, kingship and boundaries, famer-herder clashes, and sundry offenses, noting that the Command under his predecessor, AIG John Abang, recorded many successes in curbing their menace and prosecution of capital offenders as well as the general maintenance of law and order.

He acknowledged the support of the Anambra State Government for the operations and activities of the Police Command and its personnel and disclosed that in in keeping with the vision of the Inspector-General of Police, to ‘make Nigeria safer and more secure for economic development and growth,’ he Command under his watch will take drastic measures to curb crime.

‘Therefore, all our efforts and energies shall be mobilized and deployed towards the prevention of crimes; and the successful apprehension of criminals that would test our resolve. The Command under my watch shall reinvigorate Operation Puff Adder II and give it more bite to tackle cultism, robbery, kidnapping, and illegal revenue collections particularly in Onitsha, Nkpor, Obosi, Oba, Enugu-Agidi road, Nnobi/Alor road and Nnewi,’ the new CP reiterated.