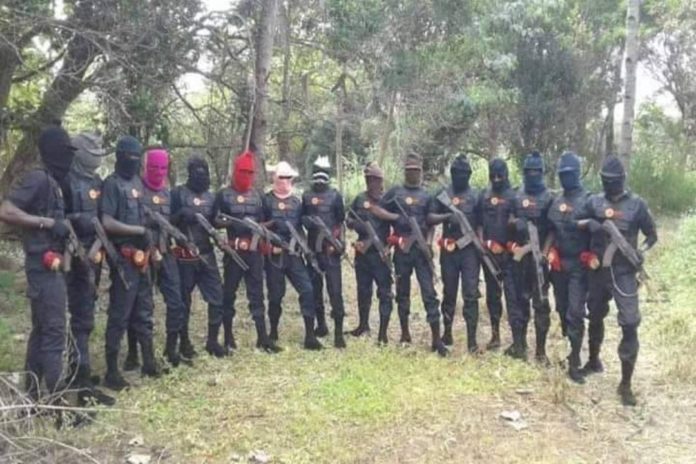 No fewer than thirty spiritualists have been arrested in Orlu, Imo State by the Nigerian soldiers following a clash between the Eastern Security Network, ESN, and soldiers.

It was gathered that during a recent raid that took place on Sunday, soldiers shot sporadically before arresting some clerics and taking them to unknown locations.
Read Also: IPOB: Why I Invited Soldiers To Orlu – Gov Uzodinma
An eyewitness who spoke with Correspondents revealed that soldiers stormed ‘Lord’s Sabbath Mission, Umunam Atta in Njaba LGA, a superintending priest, whose community leaders had vouched for his exemplary conduct, was whisked away with his adolescent daughter and pastors.’
He went further to state that ‘At the House of Prayer International Covenant Church, some painters were among the 10 persons whisked away by soldiers who stormed the church around 6 am shooting from all sides’
Recall that last week, no fewer than 33 clerics and church elders have whisked away from different white garment churches in the Orlu area with a church razed to the ground while others were riddled and totally defaced with high caliber military firearms.