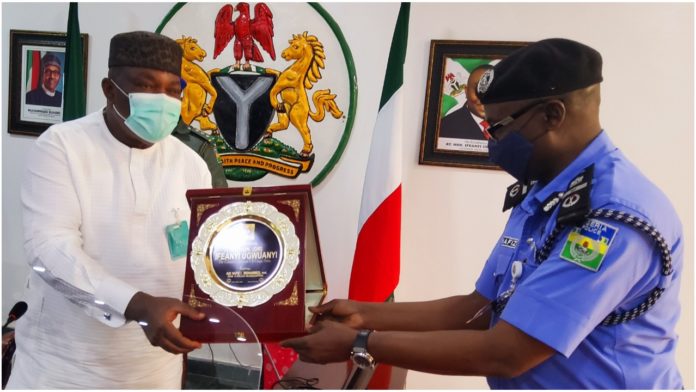 Governor Ifeanyi Ugwuanyi has assured the new Assistant Inspector General of Police (AIG) in charge of Zone 13 of the state government’s support for effective performance.

Ugwuanyi gave the assurance while receiving the new AIG, Mohammed Hafiz, and his entourage at the Enugu State Government House in Enugu on Friday.

He said that his administration remained committed to security issues and would give the Zone 13 police boss the needed support to succeed in office.

According to him, it is the utmost desire of his administration to maintain the state’s rating in the nation’s security chart.

The governor noted that Enugu State had been one of the most peaceful and the safest state in the country.