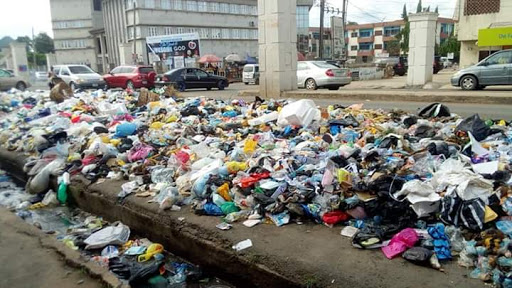 Indiscriminate disposal of waste in Owerri, the Imo State capital, will soon be a thing of the past as the government has put in place measures to check the excesses of those who deliberately violate environmental rules with wastes they generate from the businesses with its concomitant health hazards.

Specifically, the Imo State Government has frowned seriously at the manner Hostels and Eateries in the State dispose of Sewage into waterways, saying such can no longer be tolerated.

Briefing newsmen after the regular weekly Executive Council Meeting on Wednesday, February 17, 2021 presided over by the Governor, Senator Hope Uzodimma, the Hon. Commissioner for Information and Strategy,  Declan Emelumba said that Exco not only frowned at the improper disposal of waste by Hostels and Eateries into waterways, but that government had taken steps to deal with the situation. He said that a Committee had been set up to look at the location of the various Hostels and Eateries in the State capital and ascertain whether they are located and built on the appropriate places, and that anyone not sited at the right place according to the Owerri Master Plan will not only be sealed-up but the owners of such Hostels, Eateries and Event Centres will be held accountable, arrested and prosecuted according to ENTRACO  Law No. 3.

The Commissioner for Information and Strategy was joined at the briefing by the Commissioner for Health,  Dr. (Mrs.) Damaris Osunkwo, Commissioner for Environment, Dr. Iyke Njoku,  Commissioner for Tourism and Culture, Barr. (Mrs.) Doris Akubue-Onyeali, Commissioner for Finance, Mr. Chuck Chuckemeka, Commissioner for Social Welfare and Sanitation, Dr. Elias Emedom and the Chief Press Secretary/Media Adviser to the Governor, Oguwike Nwachuku, Emelumba said Council also directed the Board of Internal Revenue (BIR) of the State to take appropriate steps to implement the necessary tax obligations (including consumption tax of the Hotels, Eateries and Event Centres to the State government, noting that any of them that fails to cooperate with officials of the BIR as regards payment of their appropriate taxes risk their facility being sealed.