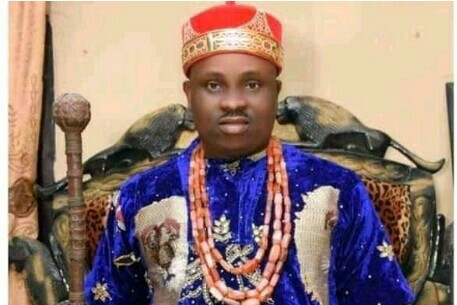 Obi Charles Afam Obi, A traditional ruler in one of the Quarters in Nnewi Kingdom, has been abducted. Obi, who is the traditional ruler of Uruagu Nnewi, was allegedly kidnapped in Orafite, Ekwusigo Local Government Area of Anambra State, on his way back from a burial ceremony on Friday

Sources said that he was abducted after the gunmen shot sporadically in the air before taking him to an unknown destination.

Although the whereabouts of the 41-year-old monarch was yet unknown, his mother, 74, who was said to be with the monarch in the vehicle during the incident, has returned to Nnewi.

Police Public Relations Officer for the state, Haruna Mohammed could not confirm the development as at press time.
But, the President-General of the community, Charles Nwoye, confirmed the development to Eastern Updates, yesterday.

Nwonye said: ‘I was called in the morning by a member of the Obi’s family, telling me about the development. The family source told me that he was abducted in the late hours of Friday, February 13, on his way from a burial ceremony. I have contacted the Nnewi Police Area Command. I have also contacted the DSS and other relevant authorities for necessary actions. I believe they will swing into action, and track the abductors of the traditional ruler, and set him free.’