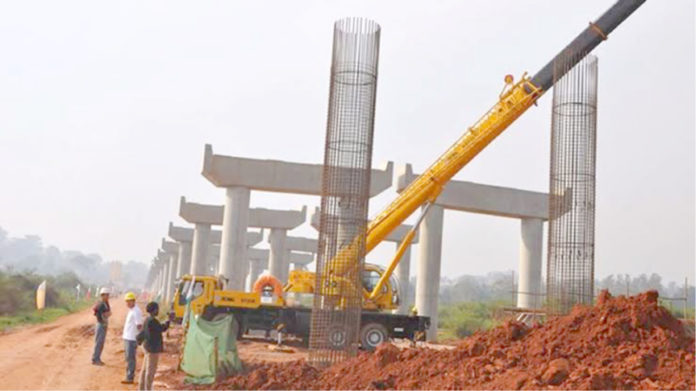 He stated that the timely construction of the bridge was part of the examples of good leadership restoration by President Buhari’s led administration ‘which were found absent in previous governments.’Onu made this known in an interview with Journalists on Tuesday at the Obiozara ward polling unit in Ohanzara local government area of Ebonyi state.Read Also:

He arrived at the polling unit with his supporters at about 10:30 for the ongoing All Progressives Congress (APC) revalidation/registration membership exercise.

‘Today, Buhari’s government is working very hard to make sure that he kept to his promises made in the 2015 general election.

‘One of those promises in the South-East is the Second Niger bridge and it is a good example of such promises.

‘Today, I’m happy to say that work at the bridge has reached 40 per cent but that has been a project that previous administration has been on for decades’, he explained.

The minister also said the missing values have been discussed by the founding fathers of the party.

‘But what I really want Nigerians to know is that the founders of APC decided that a time has come for the political party that can get back certain values that were missing in our system.

‘So example there was the need for Nigerians to start trusting their government because trust is very important and you can trust your government when it is doing the things that are needed.

‘Other administration made promises but failed but Buhari came, started it despite the fact that Mr President came at the time when the economy is too bad. So it is a promise made and kept’, he said.