What S’East needs Is Development Not Appointments -Umahi 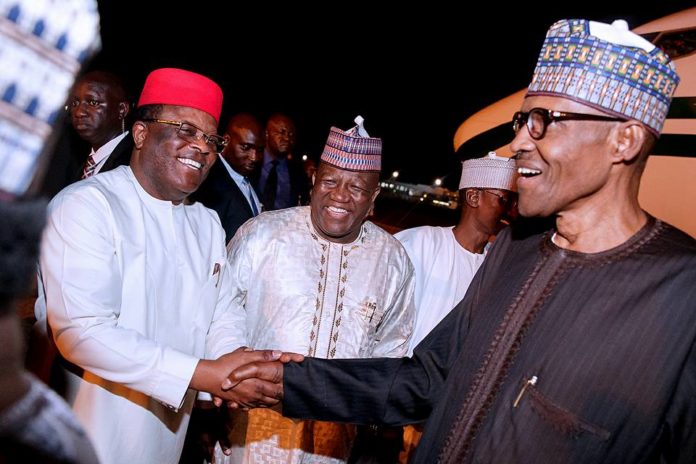 Umahi argued that political appointments often serve as mere personal empowerment opportunities rather than the development of the region.
The governor who apparently was responding to the outcry that has greeted the exclusion of the zone in the recent apartment of service chiefs said the people of the zone should applaud President Buhari for his commitment to the development of the people.

Umahi made the comments when he received the Minister of State for Mines and Steel Development, Uchechukwu Ogah, on a courtesy call in his office in Abakaliki.
Ogah was in the state to inspect the site donated at Uburu in Ohaozara Local Government Area for the establishment of an artisanal and small-scale mineral processing cluster.
Governor Umahi who poured encomiums on the President, stated that the developmental projects executed so far  in the zone by his administration have brought more development and created more employment for the people  than any political appointment could have done.
He also dismissed a report in the media alleging that he was rocked in a political feud with his kinsman and Minister of Science and Technology, Dr. Ogbonnaya Onu, describing it as fake news.