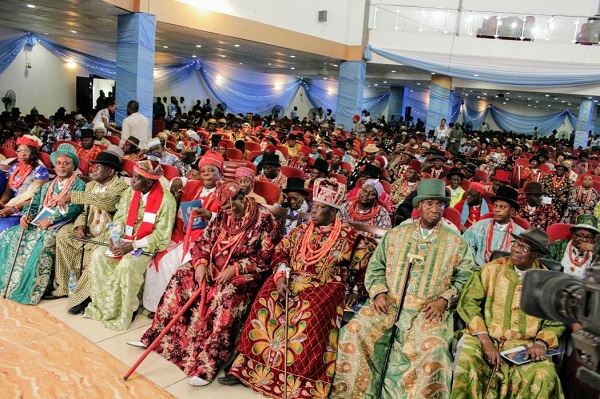 As part of measures to stem the tide of the spread of the pandemic in the state, some traditional rulers in Anambra State have undergone COVID-19 tests.

The exercise was carried out by officials of the state Ministry of Health carried at the Traditional Rulers’ Council chambers at the Government House, in Awka.

This exercise has created anxiety among the royal fathers as they await their results.

According to reports, the tests became necessary to ensure that the royal fathers were not infected by the virus as that would be dangerous for their subjects.

Igwe Sunday Okafor, the Deputy Chairman of the council, speaking after the exercise, reminded his colleagues that COVID-19 was not a death sentence, adding that the test was key to early detection and would increase chances of survival.

The monarch berated some Nigerians, who still believe that COVID-19 was not real and urged them to avail themselves of the test, which is free.

The royal fathers promised to ensure full enforcement of COVID-19 guidelines in their communities while urging the state government to extend the COVID-19 testing to all the villages in the state.

The officer in charge of Diseases Surveillance and Notification in the state, Mrs Nelly Dike explained that the second wave of COVID-19 appeared more deadly and expressed satisfaction at the turnout of the traditional rulers for the test.

According to her, knowing the status of the traditional rulers would help to curb the spread of the virus in the various communities.