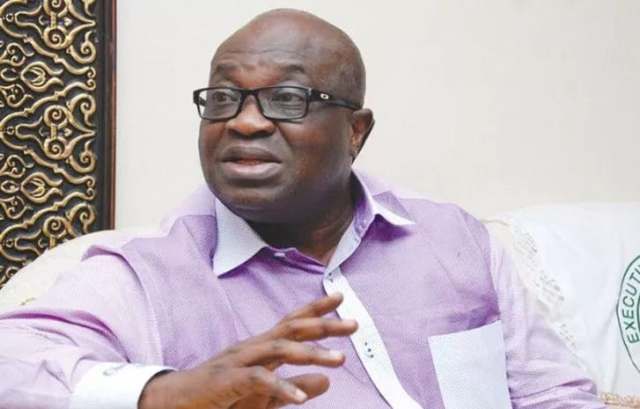 Abia Government on Thursday announced that it has placed a ban on public gatherings as part of efforts to tackle the rising cases of covid-19 in the state.

He said that the ban was necessitated by the need to tackle the disease as the second wave of COVID-19 takes its toll on Nigeria.

Ezem who is also the Secretary to the State Government said that government would implement the measures it applied during the first wave to curtail the spread of the pandemic.

He disclosed that non-compliance to the directive issued by the government could lead to a total lockdown.

Ezem said that the government was set to map out a day to observe ‘Abia COVID-19 Day’, which according to him was to intensify public enlightenment on COVID-19 and the need to observe the safety protocols.

He said the second wave of COVID-19 ought to be taken seriously as the daily records from Nigerian Centre for Disease Control (NCDC) were becoming frightening.

He noted that the lives of the people remained more sacred than anything adding that wearing of facemasks in public places remained non-negotiable.

In his remark, Dr. Joe Osuji, the state Commissioner for Health, disclosed that the state recorded 1,015 cases in the first nine months of the pandemic and recorded over 300 cases from January till date.

Osuji called for the adoption of non-pharmaceutical interventions, noting that the recent development called for collective action against the disease.

He said that community testing and sample collection were ongoing in all the 17 local government areas.

Also, Chief John Okiyi Kalu, the Commissioner for Information, frowned upon the attitude of members of the public on non-compliance to the NCDC safety protocols.

Okiyi Kalu commended security agencies, religious bodies, and traditional rulers on their efforts during the first wave saying that the recent development called for more actions.

Kalu appealed to religious bodies to ensure strict compliance to NCDC safety protocols and provide facilities for hand washing and sanitizers for their members.

Earlier, the State Epidemiologist, Peace Nwogwugwu, decried the level of ignorance exhibited by most members of the public toward the disease.

She revealed that most cases of COVID-19 occurred as a result of ignorance among the people.

Nwogwugwu added that frequent testing, as well as contact tracing, could help in preventing the further spread of the disease.