Award-winning Nollywood actor Enyinna Nwigwe’s portrait photograph has been selected for a permanent exhibition at the Smithsonian Institution’s National Museum of African Art, located on the National Mall of the United States capital, Washington DC.

The portrait which was made by Nigerian-American photographer, Iké Udé, was selected to join thousands of traditional and contemporary African art from both Sub-Saharan and North Africa on permanent exhibition at the Museum.

Enyinna Nwigwe recently starred in an action drama ‘Black November‘ alongside Vivica Fox, Akon, Hakeem Kae-Kazim, and Wyclef Jean, for which he was acknowledged by the State of Texas, California, and won the best-supporting actor award from NAFCA.

Below is the portrait; 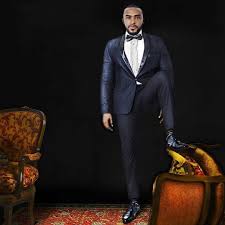