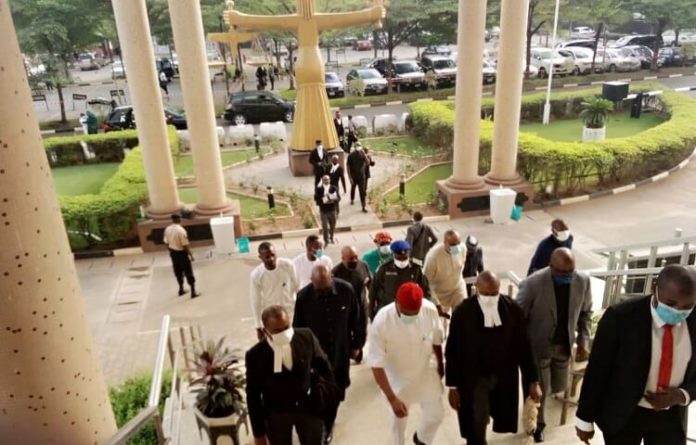 The re-arraignment of Former Abia state Governor and Chief Whip of the Nigerian senate, Senator Orji Uzor Kalu, and two others that was earlier slated for the 2nd of February has been shifted to the 7th of June 2021.

This followed the request by the Economic and Financial Crimes Commission to transfer the Arraignment to Lagos where the alleged offence was committed by the defendants.

EFFC counsel Mr chile Okoroma, told Justice Inyang Ekwo that the anti-graft agency has written the Cheif judge of the Federal High Court demanding that the trial be moved from Abuja to Lagos based on a Supreme Court Judgement.

The counsel told the Court that the two letters dated Jan 20 and February 1 are yet to get the response of the chief judge and consequently applied for the matter to be adjourned indefinitely.

However, justice Ekwo who declined to adjourn the matter indefinitely fixed June 7th for the parties in the matter to report back to the court.