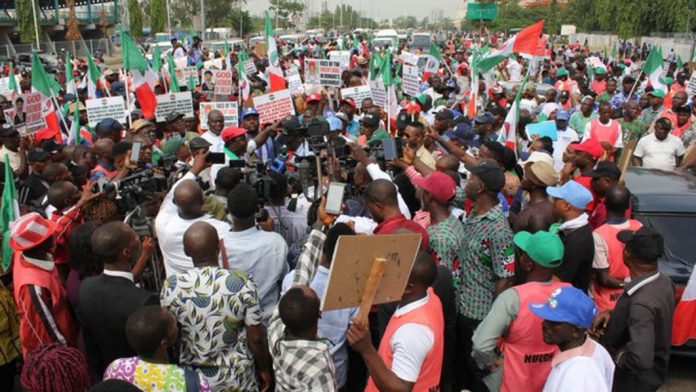 Teachers, civil and public servants in Imo State are now at cross road over the strike action embarked upon by the organised labour.

While the labour is insisting that no worker should go to work as from Monday, the Imo State government on their other hand declared that No Work, No Pay.

The civil servants have been threatened with losing their job if they stay at home. ‘Stay at Home, forget salary’ the Imo State government warned teachers, civil and public servants in Imo State.

The State government had now set up a mechanism to checkmate the workers, the log in and log out mechanism will show those who actually come to work.

Commissioner for Information and Strategy, Hon Declan Emelumba in a chat with journalists after the Exco meeting on Friday submitted that workers at state and local government should comply to government directives adding that he who has the power to employ can also sack.

Just a few ministries obeyed the state government and came to work. The Education ministry, Science and Technology, Public Utility, Ministry of Welfare and sanitation were among the ministries that resumed work. The Ministry of Lands, Works, Commerce and Industry were deserted. Many customers and visitors who came to ministry of lands to transact business were disappointed as all the offices were padlocked.

The entrance gate at state secretariat was opened but the organised  labour came around to monitor the workers. Good number of civil servants are now in the black book of NLC for refusing to observe the strike.

Some of the teachers and workers who spoke to our reporter submitted that they will obey the state government rather than obeying the labour union leaders who may not give them protection ‘I don’t want to be sacked’ one of the principals said.