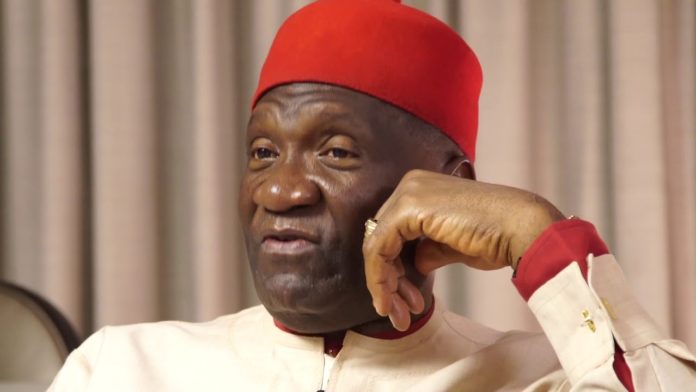 Chief Nnia Nwodo, the immediate past President-General of Ohanaeze Ndigbo, who also doubles as the newly-appointed Coordinator of the Southern and Middle Belt Forum, SMBF, has expressed shock and disappointment at President Muhammadu Buhari’s exclusion of Igbo in the appointment of the new Service Chiefs.

Nwodo insinuated that Buhari’s action was an obvious expression of disdain for the Igbo people and a statement that suggests that no Igbo is fit to head any Nigerian security agency. President Buhari had, Tuesday, sacked Service Chiefs and immediately replaced them with new ones, which did not include any Igbo man or woman.

Nwodo, raecting to the announcement, said: ‘Gen Buhari, thanks for making us in Igboland feel, once more, that we are not fit to head any of the Security services.’ He however failed to make further remarks.