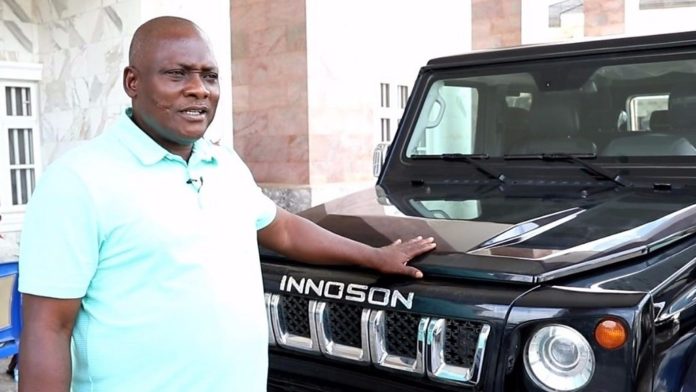 Chief Innocent Chukwuma, the chairman of Innoson Group, has been commended for establishing his automotive industry in Nnewi, Anambra State and thereby boosting the economy of the southeast geopolitical zone.

The commendation was made yesterday in Nnewi, during a courtesy visit to Innoson Vehicle Manufacturers factory, Mr. Festus Mbisiogu, MD, Shanghai Engineering Works & Industries Ltd, and Blue Diamond Logistics, said Chief Chukwuma has proved to be a giant in the industrial sector.
Mbisiogu said the location of the Innosson Vehicle Manufacturers factory in Nigeria has helped in reducing the importation of automobiles, which has, in turn, greatly reduced capital flight.
He said the location of the factory in the South has also helped in reducing unemployment among the teeming youths, as the youths have been gainfully engaged and therefore have no time to indulge in social vices.
Mbisiogu described Chief Chukwuma as a role model worthy of emulation while confessing that the industrialist has helped him to mould a stronger front in his endeavor as a manufacturer of ceiling, PVC, roofing sheets, and plumbing pipes in Imo State.
The Shanghai Engineering Works & Industries Ltd boss called on the government to provide a conducive environment for industries to thrive.
He strongly made the case for the provision of steady power supply, security and incentives for industrialists in the country.

In his response, Chukwuma expressed gratitude to Mbisiogu for visiting his factory.
He advised Mbisiogu to pursue the production of quality goods, as according to him, only quality products would make Nigeria’s industries competitive.
Meanwhile, Mbisiogu has also commended Chief Okafor, Chief Maduka, and Chief Ibeto for their outstanding roles in industrializing Igboland.
He called on other Igbo industrialists to key into this vision of industrializing Igboland.