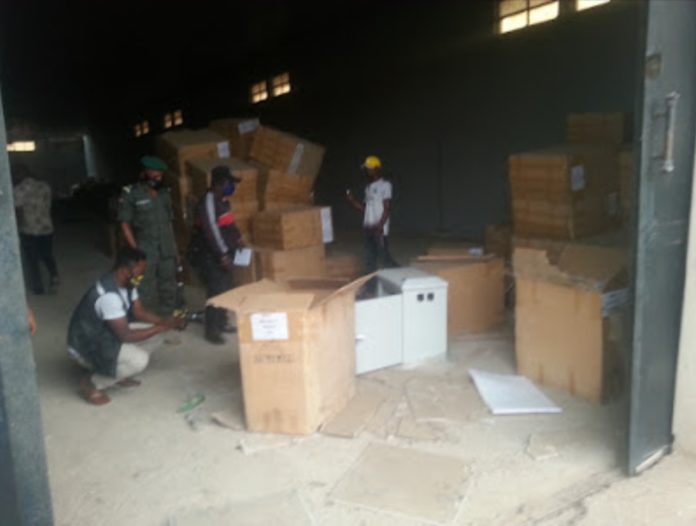 Officials of the Imo State government, on Thursday working on a tip-off, invaded a warehouse located at Aba/Owerri road allegedly owned by the family of the former governor of Imo State, Owelle Rochas Okorocha.

Read Also: Why We Are Forming New Political Movement – Okorocha

The shocking discovery was made following the directive of the Imo State governor, Sen. Hope Uzodinma, to recover all the looted properties of the government by the previous administration.