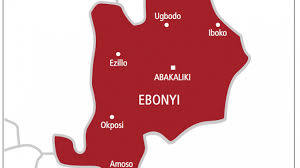 A judge, Vincent Nwanchor of Ebonyi State High Court on Wednesday recused himself from the suit filed by the dissolved State Working Committee of the Peoples Democratic Party (PDP) challenging its dissolution by the party’s national leadership.

It was the third time in a row a judge will recuse himself from the case.

Elvis Ngene and the state Chief Judge, Justice Anslem Nwigwe, had earlier recused themselves from the matter some weeks ago.

The suit followed the dissolution of the Onyekachi Nwaebonyi-led state executive by the national leadership of the party in the wake of Governor David Umahi’s defection from the PDP to the All Progressives Congress.

The judge was to rule, January 18, on an interlocutory application filed by the plaintiff but adjourned it to January 20 following an application by counsel to the defendants, Mudi Erenede, who had filed an appeal on the jurisdiction of the State High court.

At the resumed sitting, Mr Erenede filed another application, asking the judge to recuse himself on grounds that he is a brother to the Deputy Governor of the state, Kelechi Igwe, who is an interested party in the suit.

The lawyer said the judge failed to protect him when counsel to Mr Nwaebonyi threatened to slap him.

After listening to the arguments, Mr Nwanchor ruled that he could not deny the fact that he is of the same community as the deputy governor and therefore recused himself in order to protect the integrity of the court.

He, however, dismissed claims that he did not protect counsel to the defendants, noting that court’s intervention during the face-off between the two counsels was corroborated by other lawyers who were present in the court.