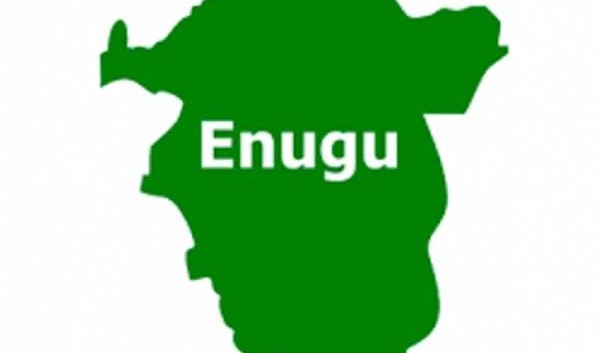 Trouble is brewing in Udi town, Udi Local Government Area of Enugu State over an election into the town union.

The Eastern Updates gathered that although an election had earlier been conducted last year, the Enugu State Commissioner for rural development, Prince Emeka Mamah has now upturned the exercise, and set up a caretaker committee in its place.

The development has now created tension in the ancient town, with the members of the elected Udi Progressives Union, UPU, maintaining that they would not relinquish their mandate.

Speaking on the brewing crisis, the UPU President, Dr. Chinedu Onyia told journalists that the action of the commissioner was in utter disregard to a subsisting court order.

He said, ‘this afternoon, (yesterday) we got the information that the commissioner in flagrant disregard of court order, went ahead and constituted a caretaker committee. The court injunction has been there since July and the matter is still in court.’

‘All of a sudden, in total abuse of the court process, he went and set up a caretaker committee, thereby causing problems in our community. Udi is well known for its peaceful nature, before now, we don’t have any crisis, but with what is happening, crisis is imminent in the community.’

‘We know that the commissioner is acting on his own because the government of the day in the State is a very peaceful government. We know the Governor as a very peace loving man who will not support this kind of crisis.’

‘The people of this community came together on the 3rd of October and held an election, a keenly contested election, and the town union executive emerged, and ever since then they have been working, for over three months now, no problem.’

‘All of a sudden, we don’t know what influenced the commissioner, he threw us back into crisis. It is most unfortunate and regrettable.’

On the way forward, he said, ‘we will go back to court and inform it that its order has been flouted. We are peace loving people. But nobody can take our mandate from us. Udi people came together and elected, so can never relinquish that mandate to anybody or any committee. The committee is illegal and cannot function. We remain the town union executives of Udi.’

Also speaking, Mr. Ben Onyia, the chairman of Umuoka village, Udi, said the action of the commissioner was highly condemnable.

Onyia, who said he attended the meeting where the commissioner inaugurated the caretaker committee, said the government official (Mamah) ignored all advice not to violate court order.

He recalled that all the branches that make up the UPU, including abroad branches scattered all around the country participated in the last year election, stressing that the outcome was totally accepted “and the outgoing executive handed over to the elected executive. There was no rancour, everybody was happy.

He wondered how the commissioner now rose three months after to think about annulling the election.

According to him, ‘I got a call around 9 p.m. that the commissioner has asked to have an audience with representatives of the villages, the two nominees for caretaker and one other person. I told the person that there ought to be a letter to this effect. He told me that the letter will come at the venue.’

‘I had to shelve all my engagements to be there. It was at the venue that one of the chairmen of villages brought a letter to me, with a lot of inconsistencies.’

‘We forwarded names which the court said we should not deal with. In addition to this, there was no prior information, because at least you need to tell the people you represent that there was going to be a situation like this, then they will give you the mandate to represent them or take one or two steps, but the irony of the entire thing is that the same people that came to be inaugurated as caretaker took part in the election at Udi last year, voted, perhaps their candidate did not scale through, they not want it through another means, using government officials.’

He said despite his explanations that the matter was subjudice, the commissioner went ahead and inaugurated the caretaker committee.

‘I don’t know which part of the game he wants to play; he rushed into it,’ the village chairman added.