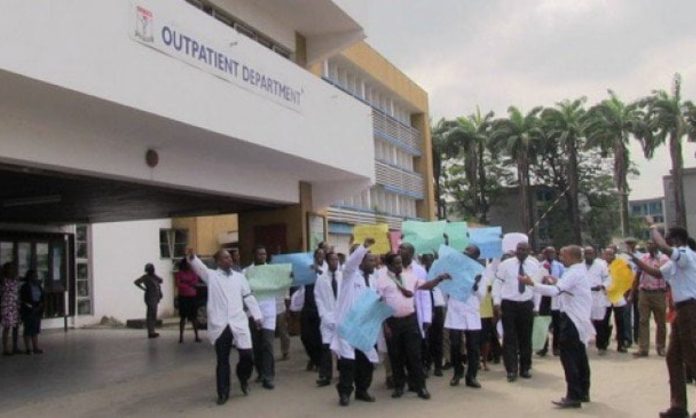 The Abia State chapter of the Joint Health Sector Union (JOHESU) and Assembly of Allied Health Professionals, have suspended the ongoing strike action embarked on since Nov. 3, 2020, with immediate effect.

In a resolution at the end of a meeting between JOHESU, Assembly of Allied Health Professionals and the Abia State Government, the Council expressed appreciation to Governor Okezie Ikpeazu for approving and implementing the Consolidated Health Salary Structure (CONHESS) to all healthcare workers, civil service and Local Government Councils in the state.

According to the resolution signed by Dr Joe Osuji, the Commissioner for Health, and Sir. Onyii Wamah, the Head of Service, on behalf of the state government and state Chairman (MHWUN), Comrade Okoro Ogbonnaya, and all the Chairmen and Secretaries of the Council, “the Government of Abia State has shown commitment in the payment of salary arrears, having paid three months to Hospital Management Board staff and two months to the staff of Abia State University Teaching Hospital, and five months to staff of Abia State College of Health Sciences and Management Technology, in the month of Dec. 2020.”

The resolution added that the state government has approved the total sum of N4million as running cost for all the Health Authority Secretaries in the seventeen LGAs as well as agreed to involve JOHESU leadership in the staff verification exercise at the Hospitals Management Board and the Abia State University Teaching Hospital billed to begin soon.

It agreed that no any of the members of the Unions would be victimized because of the strike action while noting that JOHESU would have to recommence the strike with a seven-day notice should the government fail to keep its own part of the bargain. 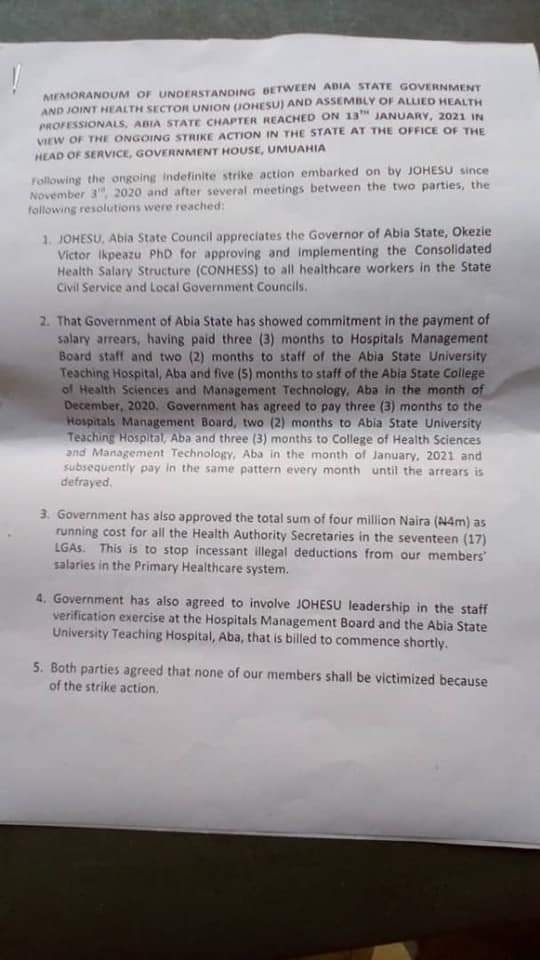 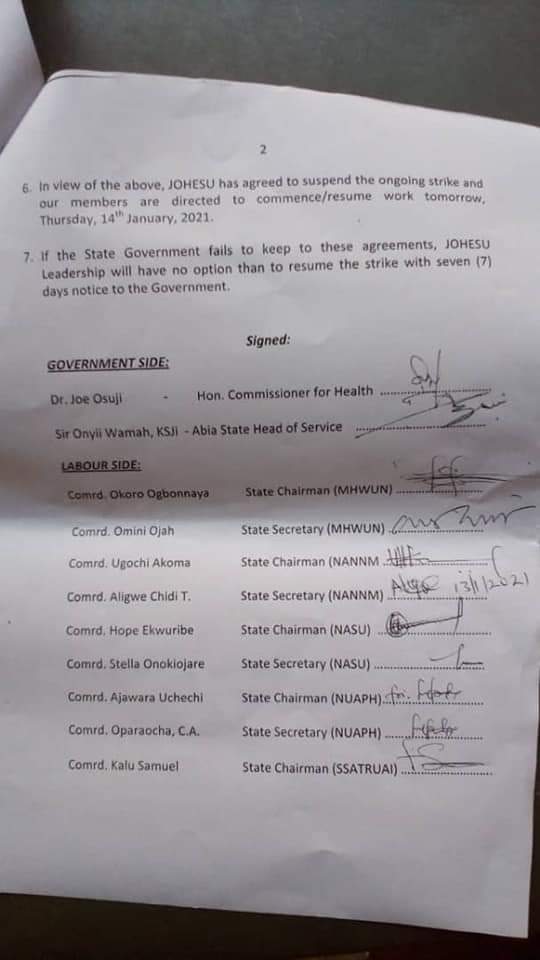