Our People Have Derailed In NDDC – Okowa 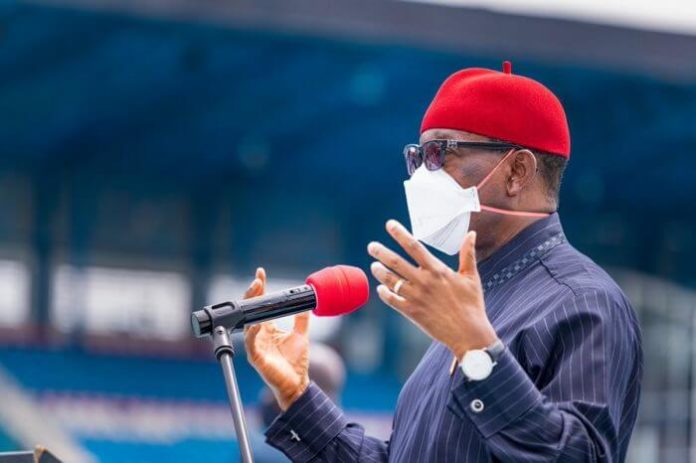 Delta State Governor, Dr. Ifeanyi Okowa, has condemned the condition of the Niger Delta Development Commission (NDDC). NDDC, a federal government agency established by President Olusegun Obasonjo in 2000 with a mandate of developing the oil-rich Niger Delta region of Nigeria has been rubbished by systemic corruption since its inception.

Okowa lamented that some individuals appointed to the agency have derailed in office. He made this known on Saturday at the launch of a book on Resource Dependence, Violent Conflict and Economic Development in the Niger Delta. Okowa urged President Muhammadu Buhari to reconstitute the board and inject credible persons into the agency to make it viable.

The Chairman of the South-South Governors Forum noted that the agency has not been active as expected. The governor also declared his dissatisfaction with recent projects by the NDDC.

‘They ought to embark on inter-regional projects and also build major roads that connect one part of a state to another and not one kilometer of roads as the case may be.’

‘Unfortunately, some of our people, when appointed, go there for the wrong reasons. It is imperative that we must appoint people that can be held accountable for their actions during their tenure.’

On the Amnesty Programme, Okowa said that aside the stipends paid to ex-militants, the federal government should help the youths become entrepreneurs. The governor regretted that many skill acquisition centres have been abandoned.