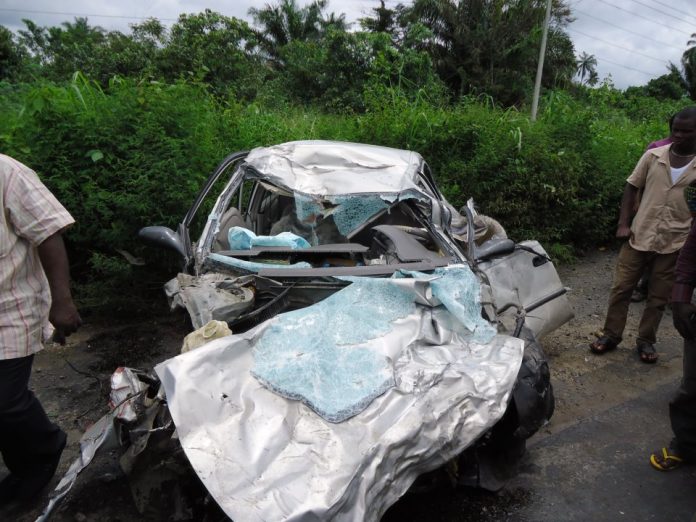 Nine persons were on Wednesday injured in a road crash in Anambra State.

The accident which occurred on the Awka-Nteje-Onitsha expressway involved a Toyota Hiace and a Lexus Sports Utility Vehicle.

Eyewitnesses said the crash occurred as a result of excessive speeding and wrongful overtaking.

‘It involves a total of 18 people, comprising11 male adults and seven female adults. Nine people, five male adults and four female adults who sustained varying degree of injuries were rushed to FRSC Clinic Nteje by the rescue team from Nteje unit command while obstruction is being cleared.’

Kumapayi warned motorists to desist from excessive speeding and abide by the speed limits set by law.