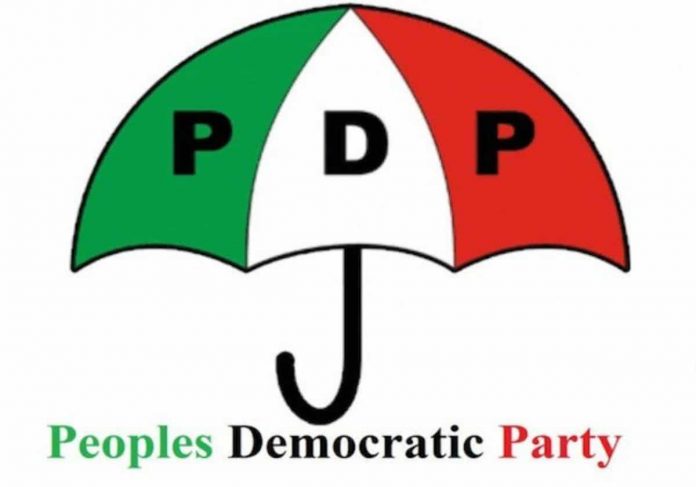 The party called for a comprehensive investigation maintaining that the explosion was a well-planned attack, targeted at worshippers and those close to Wike.

In a statement he issued on Sunday, Ologbondiyan said: ‘Our party condemns this dastardly attack on the church, which we believe was well planned and targeted to causing harm to worshippers and persons close to Governor Wike, particularly, his father.’

‘The PDP is disturbed by the intentions of the attackers in detonating an explosive in a religious place particularly given the large number of persons that usually gather at such places.’

‘While we demand for a thorough investigation into the attack as well as prosecution of all those involved, we hold, as a party, that the time has come, more than ever in our contemporary history, for the amendment of our extant laws to allow state governors to be in charge of the security of their respective states.’

‘The party also called for amendment of the 1999 constitution so states can have more control over issues of security.’

‘We restate our call for the amendment of relevant sections of the 1999 constitution (as amended) to allow states more control of security issues in their respective domains.’

‘Our party, however, commends the people of River state for their alertness, which led to the arrest of the attackers.’

Such courageous acts by the people also points to the need to allow greater participation of communities and state governments in the handling of security issues in their environment.

‘The PDP especially commends Governor Wike for his efforts towards ensuring the security of his state despite the daunting challenges,’ he added.

Recall that the Rivers State Police Command through its spokesman, SP Nnamdi Omoni, had confirmed the Dynamite explosion at the Church located in Port Harcourt, the state capital.

There has been confusion at the grassroots, especially in the Southeast zone since January, 2021, as a result of Senator Rochas Okorocha’s public confirmation...
Read more
Politics