HomeFeaturesFederal Government Has No Regard For Niger Deltans - PANDEF
Features

Federal Government Has No Regard For Niger Deltans – PANDEF 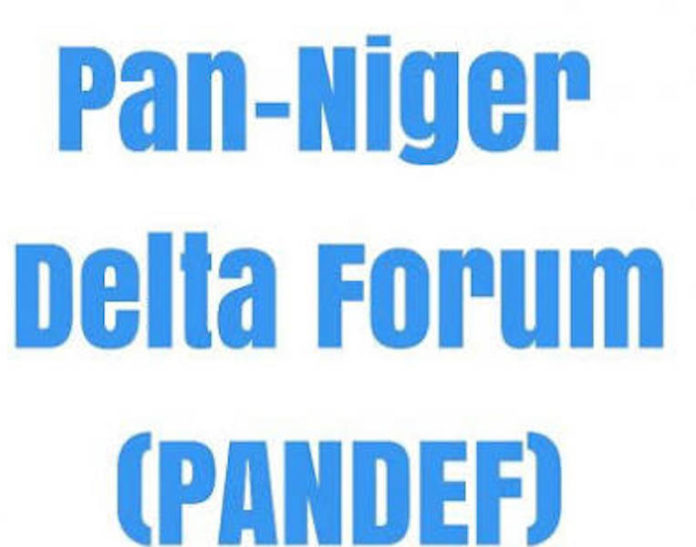 The Pan Niger Delta Forum (PANDEF) has described the failure of a federal government’s delegation to show up for a meeting it was supposed to have with key stakeholders of the South-South geo-political zone, as an act of disrespect, contempt and disregard.

The meeting, which was scheduled to hold last Tuesday, failed to hold because of inability of the Federal government delegation to show for the meeting even after traditional rulers, the governors, clergy, elders, leaders, women and youths of the six South-South States had gathered in Port Harcourt, and waited for hours.

PANDEF in a statement issued yesterday by its National Chairman, Air Commodore Idongesit Nkanga (rtd), said the absence of the government’s team was a clear demonstration of contempt and disregard for the entire South-South zone.

It said: ‘The reason offered for the deplorable action is completely untenable and unacceptable. This is one insult too many. How else can anyone explain what happened – if not an act of disrespect, disregard, and contempt to the entire South-South Zone. They went to the North, South-west and South East, met with the people, no emergency security meeting was summoned to stop them from attending those meetings. But when it was for the South-south zone, an emergency arose to scuttle the meeting.’

‘We have cross-checked and are yet to ascertain that there was any national security threatening situation to warrant their staying away.’

The group echoed the demand of the governments and people of the South-South Zone that the Presidency should offer an unreserved, public apology to the zone.

‘We are curious that the ministers and other top government officials from the South-South geo-political zone were also not present for the meeting, and did not deem it fit to call the governors or leaders. Were they also part of the emergency security meeting at the Presidential Villa or they had foreknowledge of the plan to botch the meeting?’

‘We are, however, not overly surprised at all of these occurrences because we have been talking of the inconsistencies, discrimination and injustice against the Niger Delta region by this administration for the past five years.’

Let it be known to them that whether they desire to meet with us or not, the people of the South-South geo-political zone have taken a firm stand

‘This latest event has made it evident to everyone from the Niger Delta Region and South-South zone, the extent to which this presidency can go in disrespecting the region. And so we have to be united and work together, that is the only way we can make any significant difference in the Niger Delta, for the good of present and future generations’.