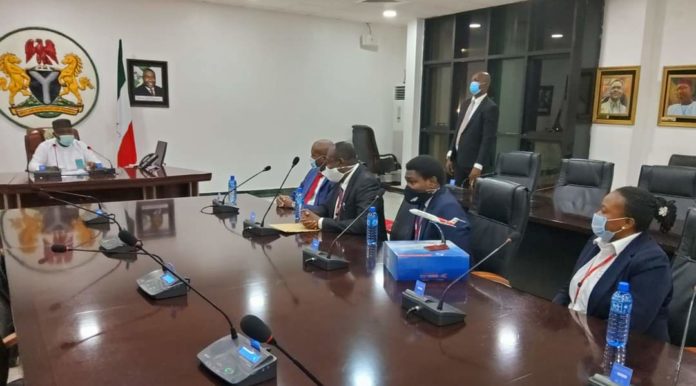 Dana Air has commenced its daily flights to Enugu from Lagos and Abuja today after its management team led by the Chief Operating Officer, Obi Mbanuzuo, visited Governor Ifeanyi Ugwuanyi at the Government House, Enugu.

They also said that the decision to commence operations in the state was because, ‘Enugu has shown to be one of the most peaceful states in Nigeria where the economy is growing and Dana Air wants to contribute to the growth of the economy.’

No fewer than eight hundred and forty public school teachers from the three senatorial zones of Imo state have been engaged in the digital...
Read more
Features

The ugly trend of attacking Policemen and making away with their ammunition has continued, this time unknown Gunmen struck in Cross River State, killing...
Read more
- Advertisment -