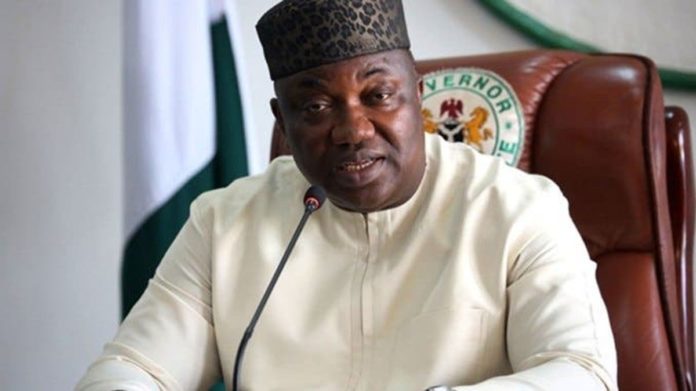 Governor Ifeanyi Ugwuanyi of Enugu has directed the immediate rebuilding of two mosques damaged by some protesters in the Nsukka area of the state.

This directive was announced by the Chairman of Nsukka Local Government Area, Cosmas Ugwueze, when he visited the location of the damaged mosques on behalf of the governor.

This came as the Chief Imam of Nsukka Central Mosque, Yakubu Omeh, said the Hausa community and other Muslims living in the university town of Nsukka are at peace with the natives and their Igbo neighbors and friends.

Omeh made this disclosure following the reported false media reports that the Muslims were still having strained relationships as a fallout of the recent misunderstanding between a Muslim woman of Northern extraction and a commercial tricycle (Keke) operator in the town.

Speaking on the matter, yesterday, the chief imam in categorical terms stated that the matter had been amicably resolved and thanked Governor Ugwuanyi for taking proactive steps to nip the rift in the bud thereby preventing it from degenerating further.

‘It was an unfortunate development,’ Omeh said, pointing out that what happened was a minor issue that was not well handled.

‘He (Ugwuanyi) is truly a man of peace and a bridge builder. As soon as words got to him, he sent key government officials, including the chairmen of six local government areas that make up Enugu North Senatorial District to come down to Nsukka in order to wade into the matter. We thank the governor for such proactive steps,’ he said.

Addressing the Muslim community, Ugwueze said the state government was saddened over the damage done to the mosques, stressing that the governor immediately directed him to visit the place to ensure peace is maintained and lives and property adequately safeguarded.

The council boss declared that nothing will stop the age-long peaceful co-existence between Igbo and the Muslim community in Nsukka.

According to him a misunderstanding between two people ought not to have degenerated into attacks on Muslims and their worship centers.

The chairman, who equally donated assorted food items to the Muslims, appealed to them to preach love and peaceful co-existence to their members.