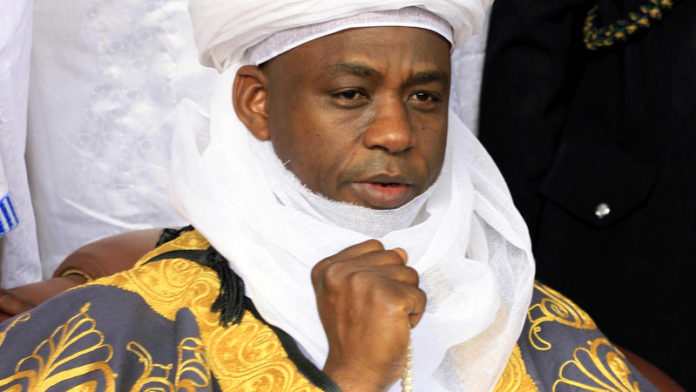 The Nigerian Supreme Council for Islamic Affairs (NSCIA) has petitioned the Inspector-General of Police, IGP Mohammed Adamu, and the Department of State Services, alleging that Bishop Godfrey Onah of Nsukka Catholic Diocese instigated the recent attacks on Muslims in the South-East and South-South regions urging them to interrogate the Christian cleric.

NSCIA, under the leadership of the Sultan of Sokoto, Alh. Sa’ad Abubakar III, told the IGP that it possessed evidence which indicted the Catholic Bishop in last Saturday’s assault on Muslims in Nsukka, Enugu State.

The apex Muslim body, specifically alleged that some Christian bigots attacked Muslims in Nsukka and burnt their Mosque following a sermon delivered by Bishop Onah.  The Sultan explained that the attacks intensified following his appeal to the security agencies on October 23, to offer special protection to Muslims in the two regions in view of the threats they face.

The petition, signed on behalf of the Sultan by NSCIA’s Deputy Secretary-General, Prof. Salisu Shehu, reads in part:

‘On Saturday, October 31, 2020, some Christian bigots unleashed a violent and virulent attack on Muslims in Nsukka and burnt their Mosques as a result of a hateful and inciting sermon, full of lies and fallacies, delivered by one Bishop Reverend Father Godfrey Igwebuike Onah. “In the sermon, it was clear that the Bishop instigated the worshippers against Mosques and Muslims. It would therefore require any disagreement, no matter how minute, to execute the premeditated havoc wreaked on the Muslims in the two zones.’

‘You may recall our letter dated 6 Rabiul-Awwal 1442 AH (23 October 2020) wherein we implored the Nigeria Police Force to specially protect the lives, property and places of worship for Muslims living in the South-East and South-South.

‘In the said letter, we informed you about the violent assaults being unleashed on the Muslims in some parts of the zones. Some were killed and their property worth billions of Naira were looted, vandalised or set on fire. Mosques including very ancient ones built by indigenous Igbo Muslims were burnt. “Rather than abating, the persecution and violence against Muslims in the said two zones have persisted with greater intensity.’

The petition to the IGP, which was made available to journalists on Wednesday in Abuja, warned that the recurrence of these kinds of virulent assault on Muslims in the two regions, if left unchecked, could surely ignite reprisals in other parts of the country, especially in the North.